We never seem to get any info at all re injuries. I did read somewhere that yen is not now going to the African cup, but then conflicting reports saying he is. Then others saying he is out until march. Hard to know what to believe.

I was considering whether we’re playing our cards to get him out of the Africa job. The latest from Monchi is that it’s inevitable that he’ll go to the African cup. Nothing adds up, there’s something else in play. 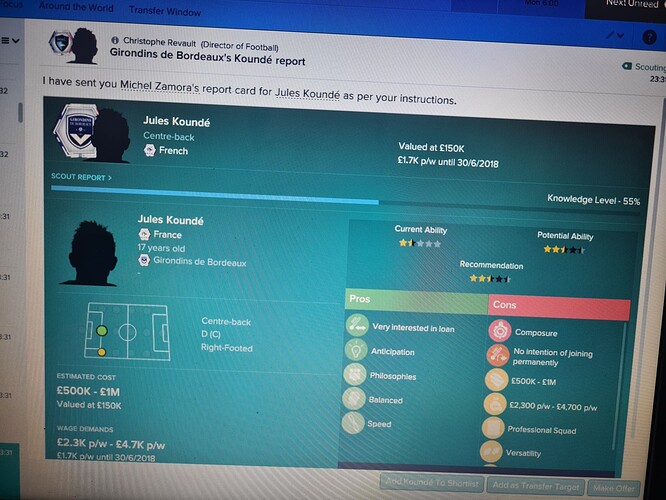 Playing FM 2017 on my day off… Think we got ripped off for this guy.

Borja Lasso has retired from football at 27. He broke his fibula 2 years ago in a bad challenge. He just can’t recover according to him.

Sad to see that happen to any player. I always felt like he was on the verge of becoming a 1st team regular, but he didn’t quite make it

Borja Lasso has retired from football at 27.

This photo always stuck with me — i think he was on the verge of being sent somewhere else, but he was pleading w Carlos Marchena to stay on the first team. [2017-18 season]

Always right on the edge of being a first teamer, but just didn’t make it.

RM infested with Covid. Other teams could follow and it can disrupt the upcoming fixtures.

Yep - seems like this new variant is finding it’s way in and spreading like crazy. Hope our team stays healthy and does the right thing.

Uh nobody is gonna mention how Getafe lost 5-0 today in the cup?

Atletico Balaeres are quite decent I think, ballsed up promotion to Segunda Division last season. Lost to Sevilla Atlético a few weeks ago though.

Oh wow they are a good side, but still 5-0! That’s bonkers to me at least

Getafe are struggling against relegation, the last thing they need is another competition, game thrown.

Exactly how my pal from work feels about Cadiz. He hoped they would lose last night in Albacete as they need to concentrate on the Liga, not a Cup they are never going to win.

Vamos Elche coming back from 2-0 to equalize.

The Lopetegui thread has been stale for a week, and I don’t particularly want to resurrect it

So, I’m putting the MD 18 graph here! We continue to set our best pace under our current manager! 37 points with a game in hand. 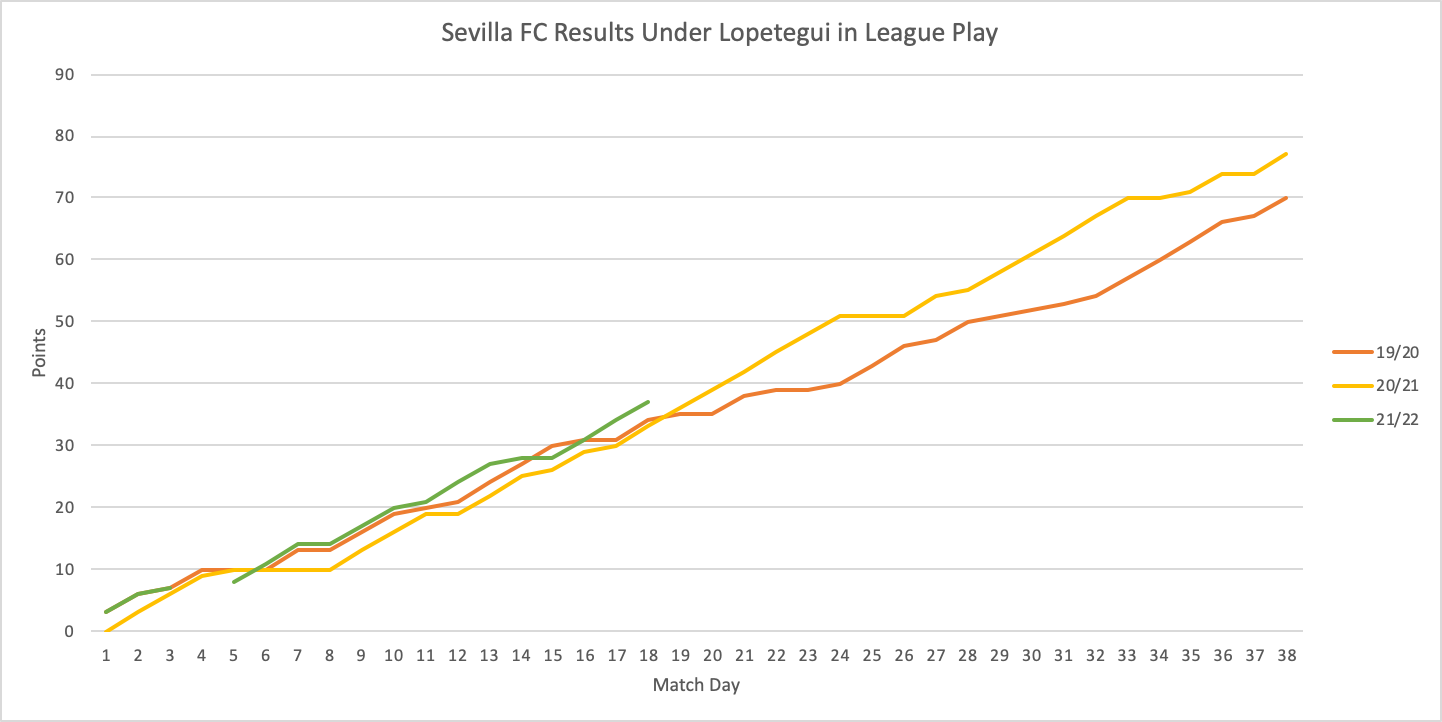