Sevilla hosts Chelsea in a battle for top spot in Group E.

It will be a much improved Chelsea side that visits the Ramón Sánchez-Pizjuán from the one we played in Matchday 1. Since that 0-0 draw on October 20th, they have gone unbeaten in 8 matches, with 6 wins & 2 draws. Also, they seemed to have solidified the defense, as they have only conceded 2 goals in that run. Contrasted with 18 goals in that sample of games, there are signs that Lampard’s team is increasingly growing into a tournament favourite. Having incorporated Ziyech & Abraham to the lineup, there are now many distinct threats in which the Blues can cause danger. 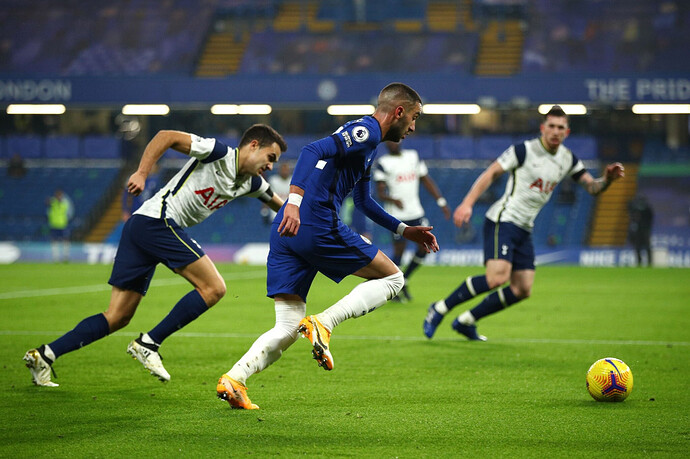 In the red corner, Sevilla was seen recovering from a rough end to October, to an ongoing run of 5 wins stemming from the start of November. We still haven’t witnessed an impressive 90 minutes from the team, but there are small indications that Lopetegui’s team is slowly getting back to playing at an elite level. Perhaps another test against a big team will speed up that process?

There are doubts over the fitness of Ocampos & De Jong, who had both trained separately from the squad yesterday. It may not be surprising to see some rotation, with a match against Real Madrid looming this weekend. But Lopetegui has assured that the desire is to finish top of the group, so a strong lineup is expected. 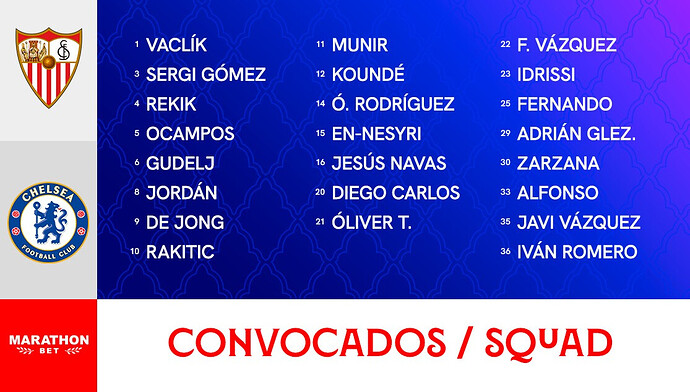 I think we are still a solid team, we just need maybe a tweak here and there, but we are still on the right path.

We are slowly growing in confidence with the way we’re achieving these results. This is definitely the best team we’re facing since the first meeting. It will truly be a test for our limited forward line, as Chelsea have taken great strides after having a leaky defense. It helps to have already qualified, to alleviate any unnecessary pressure. The perfect dress rehearsal for a very challenging month of December. Will the winning streak continue? 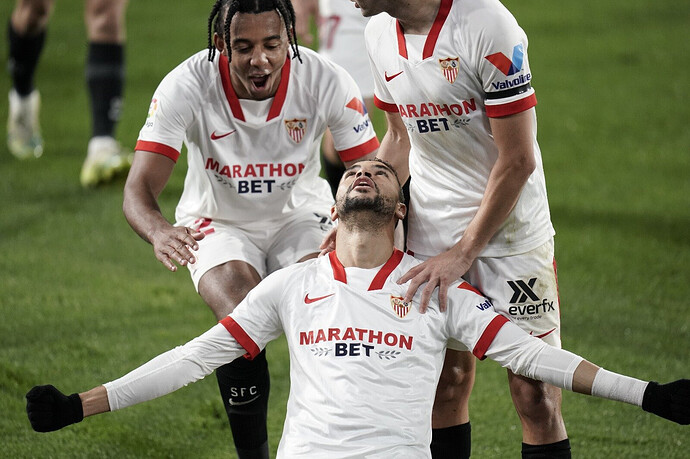 Nice to see Ivan get the call up with the recent awesome performances for SAT.

Javi Vazquez an actual Left Back in the squad too.

You think he gets a a shot?

I hope we don’t go with Rekik at LB. Vidal is not good enough either but still better.

Ahhh crap… forgot about that. Then Rekik it is…

I see Rekik working well only in a 3-5-2… otherwise it won’t work with him there. 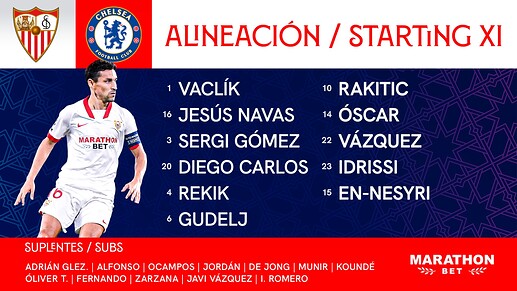 Rotation it is then.

At least Mudo has creators around. That’s my only hope for him.

Interesting line up, considering we had to shift around and make things fit I don´t mind the outcome Lope gave it. Hope Idrissi can get some synergy going with En Nesyri. I do hope we play it as a 3 back on the field. Rekik as a left back is just limiting yourself too much, eventhough he is doing it to his ability and we can´t complain really.

I don´t want to just hear ¨we are going for the 1st spot¨. I want the players to show on the pitch that we DO want it. And that we are actually a team that seriously wants to compete, not just scrap by, and gets trough by luck of draw with our russian and french group mates. This is what I would like to see tonight. Some good spirit. If we lose, so be it.

A couple of things I can see happen, some lack to actually make things happen and another stale draw.

Chelsea steps up and outclasses our improvised line up.

I want to say we are going to dominate but I´m not sure if this line up is made for that. Hope we do tho, VAMMOOOOS!

Lol… it seems that we’re content with the 2nd place going with this formation. We needed the rotation though, and Chelsea has rested at least 2 of their key players too (Kante and Werner, not sure of others).

I’d be content with a goalless draw - a win would’ve been awesome!