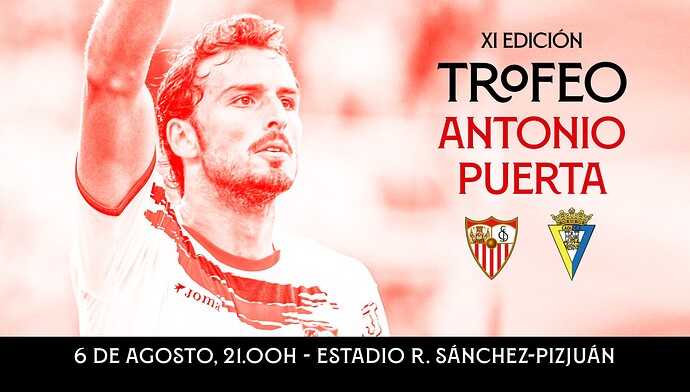 Lopetegui ruled Marcao out, but the player says he is fine.

Bummer. The guy has not played in a single pre-season match so far, and now he won’t even play in the last one.

I read the interview where he said that he’s fine and it’s up to the coach regarding his debut. Now I’m inclined to think there are other issues that came up in the meantime, like:

There are many things that could go on in the background and that we’ll probably never know of. It remains to be seen how things will unfold. I can safely say that so far, the pre-season and the transfer work have been poorly managed. Yes there were different circumstances causing that, but no excuse for the poor management so far. It can always be better.

Let’s see if things will get better in the remaining 4 weeks.

I’m already in the mud w/ Suso being injured already, but the combo of having no Papu, and relying on YEN to start frightens me a little bit.

What does this statement from Lope translate to?

Basically that he arrived injured and is still injured. Beyond the injury he has to get match fit, recovering from the injury and being match fit are two different things.

That’s what I got anyway.

Yeah just wanted to know if there is more into that.

By that statement, we can safely assume that Marcao is not even ready to start the season properly. That’s a first… and already a big red signal!

YEN is the big conundrum for me. A lot of this season hinges on what YEN shows up. He can either set things on fire, look sharp and rip the league up or go on a long drought without a goal and look not at it.

I really hope we get the old YEN back of season 2 under lope ball. He was a handful for the defenders with his pace, his touch was better and link up play. He was also more ruthless in front of goal. To be fair injuries really derailed him last season and he just couldn’t regain his level. I’m praying he avoids them this time and we can get that old YEN back.

It could be the difference between being closer to top 3, going further in champions league and copa del Rey as oppose to being at more risk of missing top 4 and doing very little in the cups.

I personally think we need another top striker to go with YEN and Mir but if we can get the old YEN back then it’s less essential and we can do well. Let’s see 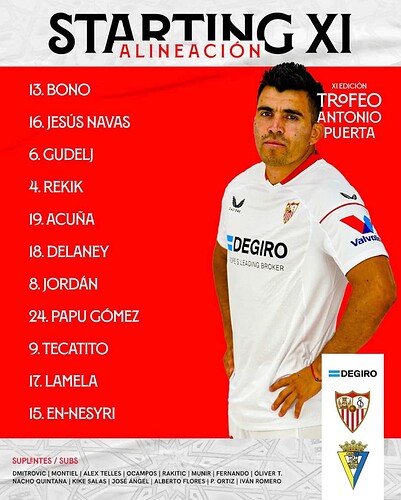 Atleast Alex Telles is fit enough to make the squad as a newly arrived player, good.
Jordan and Delaney doesn’t sound fun, but as we know, that’s not what we are here for. I hope we get more than 5 good self created chances as a team and player specific I hope Youssef has 5 successful ball contacts, this would be huge.

Watched Diego Carlos his official debut game, which for Aston Villa was just as uninspiring as our regular performances. Only Diego didn’t get as many balls to play around at the back, to waste time and ‘control’ the game. He had some others in front of him to do that, where he was just Bodyguarding air, he had one stupid tackle moment. But for how much they invested, look quite bad but it’s just a start tho, and credits for Bournemouth for their efforts and conversion of their chances.

I’m daring to say, this one is gonna be better, but then again, that might be me, expecting too much already.

I hope we get more than 5 good self created chances as a team and player specific I hope Youssef has 5 successful ball contacts, this would be huge.

Very generous benchmarks. With our best possible lineup starting, achieving that would at least be comforting.

I worry for Carlos in the premiership. The pace he will be up against with be tough for him to handle. Villa don’t have the best defence anyway and I think he could struggle early doors.

I honestly think it’s good money that we got for him. Monchi did well there. As for Kounde well he’s been desperate to leave for ages and Monchi couldn’t say no a 3rd time.

I like the team here and the attacking options with tecatito, lamela and YEN look good. Jordan is obviously the worry as he’s not performed well for sometime. I really hope he can regain his form for the earlier seasons under lope but pressing the doubt button.

I’m glad telles is on bench and hope to see him at somepoint tonight. I hope marcao is back in the squad for osasuna but we will see.

It will be nice to try play well tonight and win to take some momentum into the first game of the season. Vamos mi Sevilla!

Feels like generosity is what this team needs, to pat them on the shoulder and give them confidence so that they get to believe that they can do something outside of the safe zone passes and actually get to play with some swagger to dare outplay opponents with the skill we have. Because we still actually have a lot of class but it’s just nowhere to be seen, somewhere hidden at the bottom of the basket of the lope balls.

Aitor Puerta, his son, making a round in the Pizjuan. God bless.

To be fair, that was one of the cleanest shots we’ve seen him take in the last year and a half.

And it wasn’t even that clean

close, that it was.

It was for him though

In all fairness, it was a kind of tough angle.

Some good passes with depth. So far, some nice runs of our players.