Good stuff, it’s probably an incident and won’t matter for the title. But at least they got beaten and lost the perfect record early. So it doesn’t get out of hand too quick.

Wolfsburg lost at home vs. Borussia Monchengladbac yesterday. They conceded 3 and scored 1… but then again we looked like we wouldn’t score even if the match lasted 1 week long when we faced them. Thank goodness for that penalty otherwise… toothless!

Lille starting to gain form just as they are about to face us back to back in CL.

I don’t think we’ll have it easy against Lille after the NT break, both home and away.

Bayer Leverkusen followed up smashing Celtic 0-4 in mid week by smashing Arminia Bielefeld 0-4 too. Good young team, just need to defend better. I know those last two results are very good but defence is still the teams main achilles heel. The Celtic score especially until you see the highlights and goalkeeper Lukas Hradecky made 4 or 5 exceptional saves, otherwise the result could have gone the other way.

Marseille are a curious one. They have the squad… They even have Sampaoli as manager, yet they are all over the place. I’ve always been a bit of an OM fan since a kid mainly because Chris Waddle played for them, and I still find it absolutely hilarious despite all the illicit billions that the Arabians have thrown at PSG, that Olympique de Marseille are still the only French club to have ever won the Champions League.

In other news, Crystal Palace came back from 0-2 down to claim a very good 2-2 against Leicester. I would have taken a point before kick off so not too bad. And my local club Sutton United won their first ever Away game in the Football League by beating Northampton Town 0-2. The club has definitely found their feet in Professional football now, and I’m all for it.

Oh and Inter won 1-2 at Sassuolo in a very controversial match.

Newcastle get their big takeover deal. They will be hoping to become the next Man City in 4-5 years time. This as a Sunderland fan is my worst nightmare but it’s very likely to happen. It doesn’t always work but it did for Man City, Chelsea and a few others.

Not good for football.

Another multi billionaire in the Premier, the gap gets wider.

Yeah it doesn’t have to be CL trophies but at least consolidating in the top 2-3 in EPL and having stars in the team lead by a top quality coach. Nothing guarantees trophies nowadays but I can see it happening with Newcastle in those circumstances.

Yeah same here. It will take time but likely they will follow the Man City blueprint.

Yeah it all depends on the commitment of the ones in charge, if they actually care for the goal and won´t stop untill it´s succeeded. Like Chelsea with Ambramovic, and City with Mansour. Or you get the cases of Valencia, Malaga or Cardiff, maybe QPR.

I remember when City started coming up, the FFP plans were also becoming more strict. But they pumped those millions out of the ground and at that time it seemed easier to get away with it and eventually after recycling the first wagon of names Robinho, Jo, Given, Bellamy, Wright Phillips, Kompany and stuff. Next transfer window, bring in another boat load, and after 3-4 years of continues relentless renovations it paid off with the title in 2012.

I think to keep the books, somewhat clean, only the worlds massive teams, can get creative enough to cover expenses by potential gains these days. So it might be tougher for the Magpies. Was funny when Messi signed for PSG, and at the presentation, they asked how was PSG able to pull in Messi. And Al-Khelaifi just said something along the lines of yes the people in the finance department said it was possible, so we decided to go for Messi. My only response to that was: Ah great!

Newcastle as a club has potential, but really depends on the dedication to the process.It´s really easy to fck up an entire club as well.

@Mark_L
Something I just remembered. About 3 or 4 years ago I saw someone in the Sanchez Pizjuan with a Sunderland flag, just wondering if it could have been you?
I can’t remember who we were playing only that it pissed down just before kick off and when we left the shelter of the concourse to take our seats I looked over at the covered stand and saw it on show.

It wasn’t me but I hope to go in the future. It’s nice to see more Sunderland fans supporting Sevilla though

Premier League is in an upward spiral of money getting pumped into it, from investors, new fans, tv rights, prize money. I wonder if it will burst itself or become a monopoly-ish league, like the NBA, where if you don’t play in the NBA you’re basically a 2nd rank player. The benchwarmers in that league would be better than the star players of other ‘top’ leagues. That’s something I don’t want to happen, but I feel like we get closer to it every day.

What about AS Roma, making a huge statement in the conference league guys.

And Bryan Gil and co, not getting past Vitesse, another Spurs classic.

Conference League is so pointless. 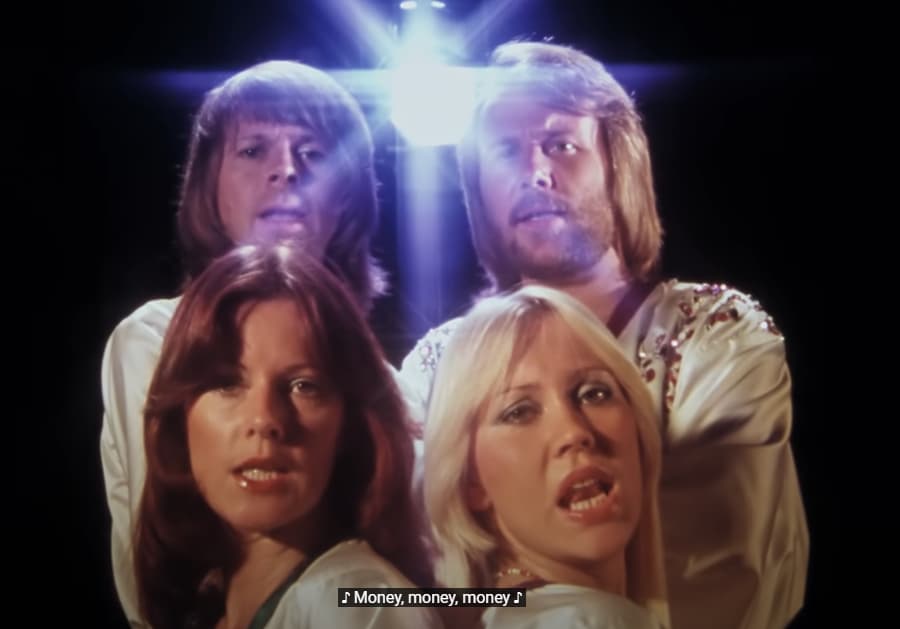 Wolfsburg have sacked Van Bommel. This could be interesting, especially when we play them. Hopefully they’re not as annoying to play against now.

Wow… that was quite fast. They had a terrible pre-season but remained hopeful after a good start in Bundesliga. Now they’re totally out of form again, though they were very close to beating us in CL.

Borussia Monchengladbac destroyed Bayern Munich 5:0 in the DFB Pokal 1/16 round.

I was curious to see how Bayern were lined up and it was this formation: 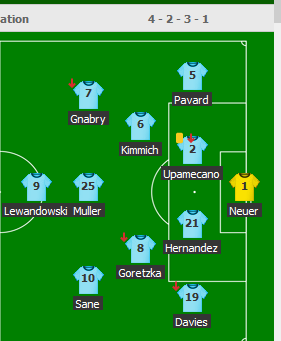 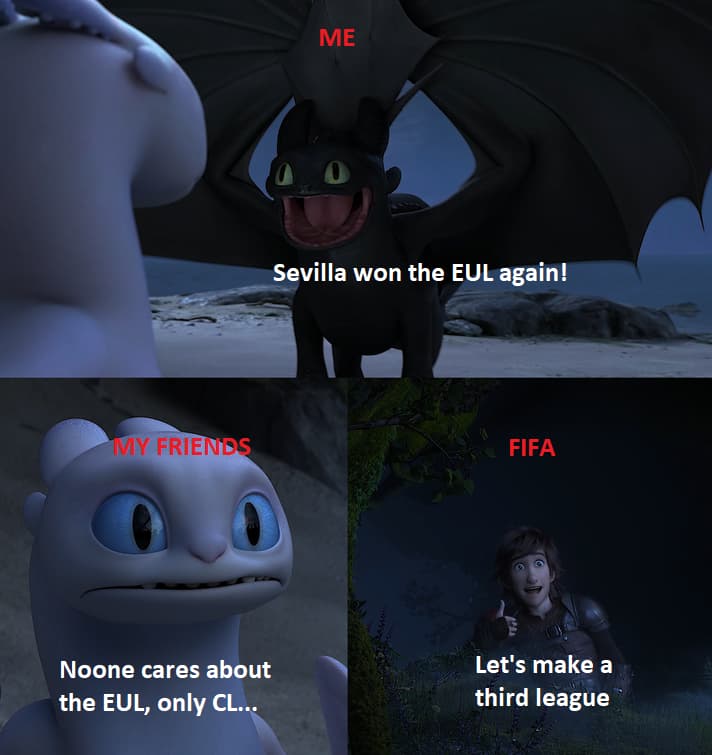