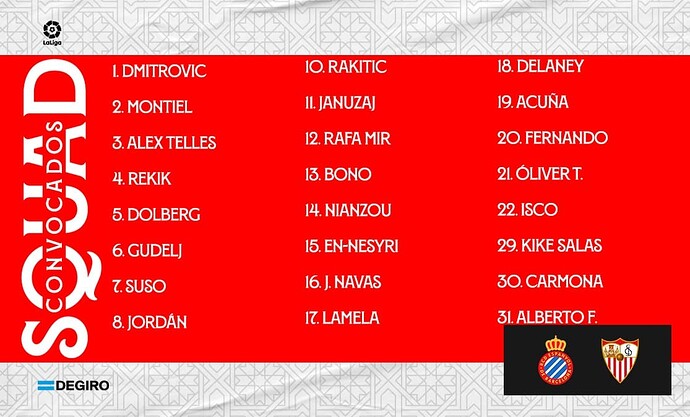 Kind of sadistic, but I am hoping for a big fat loss again so Lope’s exit will be more likely.

Got a feeling we might just scrape a draw here. A 1-1 draw but I don’t have much confidence. Hopefully they can surprise but with this current regime and the negative mood at club I’m not expecting a lot. We will see. Will be interesting to see the bookies odds for this match.

Will be interesting to see the bookies odds

There speaks a wise man.

Always look at the odds, thet get so much inside information.

So probably Lope’s last game no matter how the game goes. I have a tiny hope that he somehow sees this as a “f**k it”-game and just goes all-in. That means he allows and encourages the players to go for goal. A fine of a weeks salary for the whole team (including Lope) if we get the ball to the final third of the pitch but it somehow ends with us passing it back to Bono. I would take a shot on goal that goes sky high and maybe even leaves the stadium if we would just look like someone that wants to score. 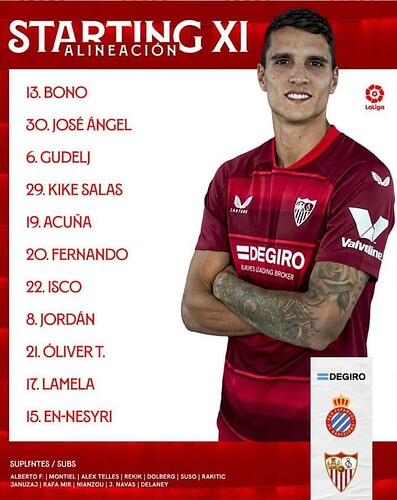 That defence really doesn’t fill you with any confidence and how does Jordan keep starting!?

Possible job on the line and you starting En-Nesyri? He can get behind the defence with ease, but that abysmal shooting will be the end of Lope.

I’m starting to think he’s Lope’s secret love child or something. Jordan’s been awful for months but still gets in the starting place a lot.

Lots of changes to that defence and they hardly played together. Lope putting his hopes in YEN but the guy is a shadow of what he was but let’s hope he can find something.

As for rest of midfield well we hoping for some performances from Isco and Lamela to make something happen but we will see. Not confident either

Rekik & Nanzou on the bench and Salas in. I give up.

We will start well, yen will miss a couple of easy chances, then after ten minutes we revert to passing back to Bono from the half way line.
Espanyol score just before half time after a mix up between Gudelj & Salas and twice more in the 2nd half.

atleast we know, it takes an atomic bomb underneath his seat to see him do interesting things. I like Isco, and Oliver together.

and Jose Angel deserves to be in there as well. And I don’t mind Kike Salas as a replacement. Atleast it’s back to a more spanish and youthful backline. Nesyri and Jordan may raise their abysmall form for the occasion? Or are we actually trying to lose.

One of the most interesting games to come.

I dunno, this reads to me that he’s been given two matches as his ultimatum and he wants to make sure he wins vs Copenhagen…

If you have CL as your priority you’re completely out of your mind at this point.

I’m pleased in a way to see carmona get a chance to start. I feel oliver deserves to start more as well. Hopefully they help us improve a bit.

This is going to be tough though but this has to be the priority over the champions league. We have to win a league match soon to stop the bleeding and ease the worries. Let’s see but do it die time for lope and team.

Maybe the game things change? What a start!

What a cool finish from Lamela!