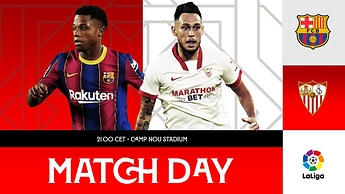 The first big match of the season pits Sevilla against Barcelona at the Camp Nou.

No need to cower away, this is a game against one of the Big 2. Despite all their drama in the off-season, this is still a Messi-led Barcelona team that can hurt on any given day. You can make the argument that things would have gone different had De Jong taken any of the chances that fell to him in this fixture last season. We were playing much better than Barça in that 1st half. And those quality forwards scored 3 quick goals, and put the game out of reach.

The common occurrence with big teams with quality is that wastefulness in front of goal will surely come back to bite you. The Blaugrana will be without Ter Stegen, Lenglet & Umtiti, which leaves them threadbare in defence. Will De Jong make it count this time against his former national team coach? 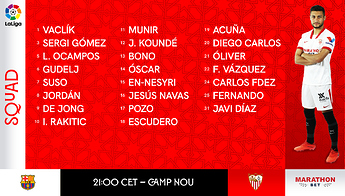 Everyone bar Bryan Gil was included in the trip to Catalonia. And with the transfer window about to close Monday, it is somewhat reassuring to see the inclusion of Carlos Fernández, although it’s uncertain whether he‘ll get any playing time this evening. Julen Lopetegui will not be on the sideline after his dismissal against Levante midweek. 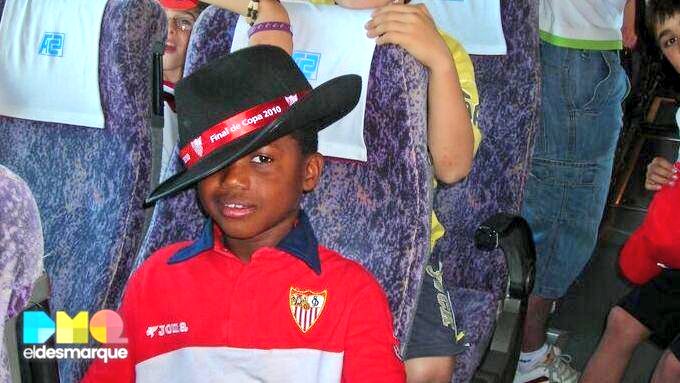 It has been almost 18 years since our last league win at Camp Nou (0-3), and Ansu Fati had only been born 6 weeks prior. A former Sevilla academy player, he will now lineup against one of his idols in Jesús Navas. It will surely be one of the more intriguing matchups, as will the duel between Messi & Diego Carlos.

If that 0-0 draw from last season was anything to go by, there are many reasons why we can get a result against Koeman’s men. A match this big, this early can say a lot about a team’s prospects. Can this Sevilla challenge for the top? Has this Sevilla done enough growth over the last year to be part of that conversation?

I’d be happy with a point tonight, though it’s going to be very very tough to get something out of the match.

Strong team, would have liked to see Munir start over Suso mind you.

Hope tonight is the night! Vamoooss!

Strong side but don’t see us getting anything. Let’s just try keep the score close and make them earn it.

With Barca starting the season strong and Fati getting comfortable playing first team football I’m not expecting anything. A draw would be pleasing - give a strong showing then use the international break as a well-earned breather, the CL group stages will be coming hard and fast.

I’d rather start with Munir and YEN instead of Suso and LDJ, but let’s see.

Gil Manzano referee … screech eeeek!
Ansufati … worryingly on form
Koundé … no high balls for him to win, what will he do?
Ocampos … I’m worried he’s got the wrong head on and wants a showcase game.
Acuña … could there be a better game to prove your talent?
Rakitic … Is he going to settle in?
YEN … On the bench but I thought the counter attack was his game
Bono … Will he pull us through.

Ergh crap defending took Bono out of the game. 1-1.

Oh shit, that was too quick, defensive error.

Damn Navas with the assist.

Alright back level, no worries we are in this

At the moment we are definitely in this, but the goal was very careless.

Barca look shit in defence, the problem is keeping the ball in their half.

I have to credit Barcelona, they only know how to play in the opposition half, and they do it with ease. We almost scored and Barcelona were straight back in our half.

We have to play a lot more long balls.

Sevilla’s right looks Ok but Ocampos is not getting anything on the left.

Navas’ worst half in sometime.