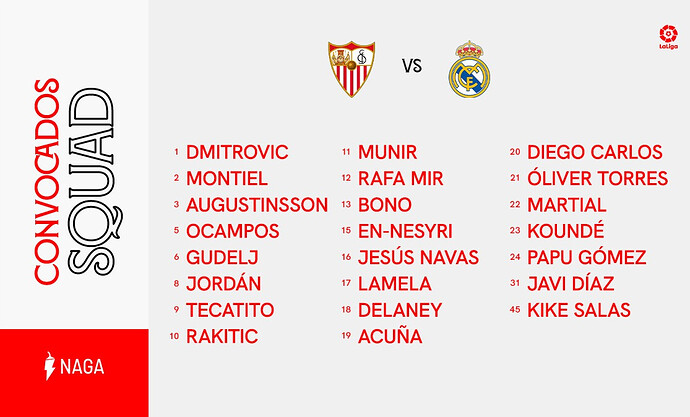 A match thought to have different ramifications several weeks prior now takes place with Sevilla in the midst of a battle for Champions League qualification. The title race isn’t officially out of the question, but there is too much of a gap with so few games left to play for the thought to be entertained. Acuña & Delaney return to the fold, as Lopetegui looks for a solution to bring defeat to his former side for the first time.

The most important news is that Acuna is back. He is a key part of this team. I hope Papu is ready enough to start the match, then we can hope for a good result. 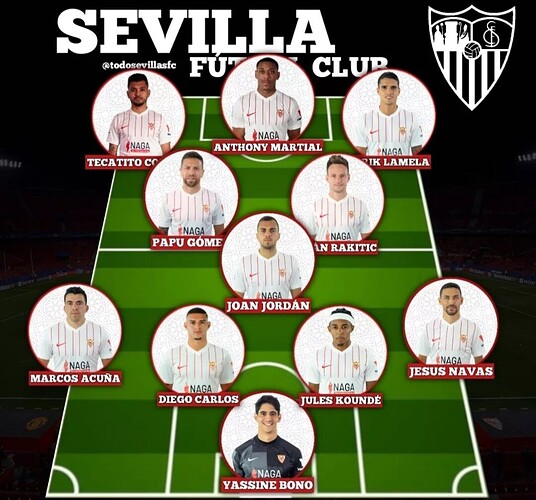 Papu and Tecatito should provide some sparks on the left but will Martial finish?
Just a little worried about coloured cards on Jordan and centre defence.
Some good atacking players on the bench but not a lot of reserve for defenders.

I agree Jakob, apart from Fernando, this lineup is PERFECT. And now for the inevitable disappointment…

I don’t have much faith in a sole holding midfielder named Joan Jordan, but we shall see

Fck! My internet is letting me down right now, can’t watch a stream. Just here, to cheer em on. And catch the flow of the game from you guys. Vamooooooosss mi Sevilllaaaaa!

And I’m watching in 4K

nice feed from Rakitic(?), nice touch and shot from Martial.
With Papu and Acuna we looks much better.

Nice shot, their wall was wider open than the US-Mexican border, though

Nice fk. We haven’t score a direct fk in a long time I think.
Please keep the momentum and don’t sit back & let RM control the match

Keep it going and humiliate RM!

Vaaaaammmooooossss! Where’s this been all season??!!!

UK commentators saying Rafa’s warming up, unsure who might be coming off…