From what was a tough loss in the Supercup, Sevilla must now focus on a new campaign in La Liga, beginning with an Andalusian derby.

After being granted a 2-week delay, it seems the league has spurned that goodwill by changing this fixture’s date from Monday to Sunday. It will be a congested start with 3 matches within an 8-day span. Lopetegui started last year avoiding much rotation in order to build chemistry in his starting lineup. It will be curious to see his approach to this match after a tumultuous 120 minutes played in Budapest.

It was evident during Thursday’s game that it would take Rakitić some time to leave his imprint on this team. What is reassuring is that Julen’s Sevilla is still solid and will make it an arduous task for any team to play against. 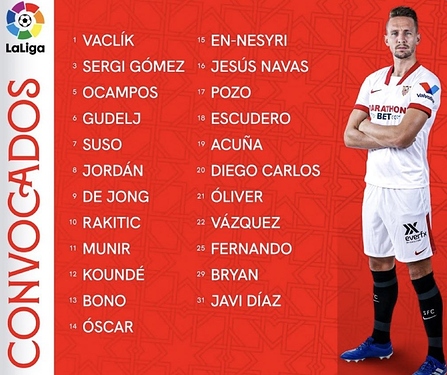 The squad chosen has Carlos Fernández missing the trip due to a muscle injury in his right foot, as Juan Soriano is simply omitted from the squad. Suso also makes his return against his formative club.

We face a newly-promoted Cádiz who have a certain Álvaro Negredo in their ranks, scoring his 1st for the club in their victory last week at Huesca. They will need his goals this season as only 1 player (Alex) scored more than 10 in the Segunda. Also among them are ex-cantera players Juan Cala & David Carmona. 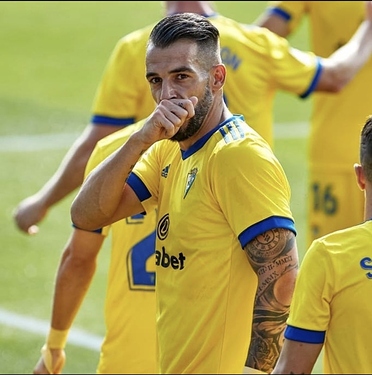 Sevilla had goalscoring issues of their own last season. With Lopetegui’s strategy to build from the back, his plan this upcoming year may put further focus on creativity in the final third.

A good start was key to our success last season. The last league meeting between the two teams was in 2006 and finished 0-4 for the Rojiblancos. Will today be business as usual, or will the excitement of a derby takeover proceedings? 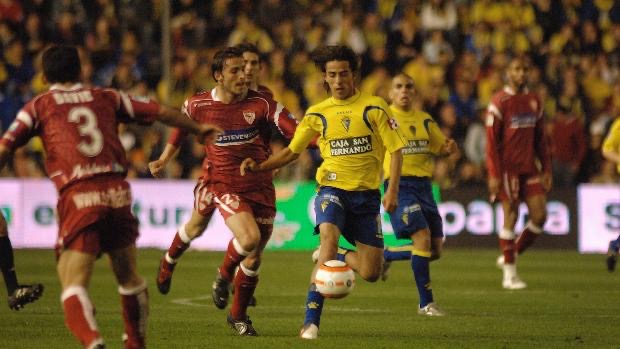 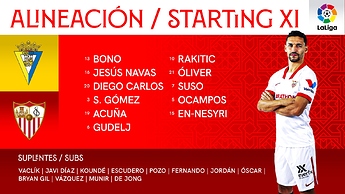 Navas? He must have been rested in easy games like this, I think we can afford to give him the much needed rest sometimes…

Nice we get to see starting debut of Acuña, he is an ex winger so I expect some nice wingplay. Again Jesus Navas really is like Zanetti. Great fitness.

This game I would have put de Jong tho, but all in all not a bad line up.

First thing that struck me too, if there´s a game theres a Navas, Jezus. Sounded like a potential game for Pozo.

Starting 11 a bit of a dogs dinner

Without discrediting Cadiz but respectable if you can´t make use of some subs as starters in games like these, might as well not use them ever.

It’s the first game of the season. We don’t want to be on the end of an upset.

It’s the first game of the season. We don’t want to be on the end of an upset.

Playing your starters on dead legs isn’t good for anyone either. Look at Bayern today. I’d rather a loss than an early injury to Navas.

Navas has forgotten the meaning of rest. Perhaps Kounde comes in for relief if we get ahead.

We should be able to win this and start with 3 points in the new season.

Very nice honor guard given by Cadiz on the way in.

We’ll have to watch Jose Pombo, he’s looked dangerous in the first two games for Cadiz. Came from nowhere but looks like he’s got some talent.

Nice to see Acuña get involved early but watching him off the ball he’s dancing around a bit to not cramp the style of Ocampos.

Some good offensive play for a long minute 23´

And again, Acuña to Rakitic, over the top to Oliver who has a perfect first touch but the angle to hard. Nice attack.

Suso and Navas combining well, Navas cuts back, En Nesyri smartly steps over the ball to let it go ending with a misskick from Rakitic… Should have been on goal.

The one that Rakitic squandered was worse.

It was bad for sure. Lot’s of dead legs out there I think. Just not crisp enough. Not sure how Ocamos is running after that shift against BAyern.