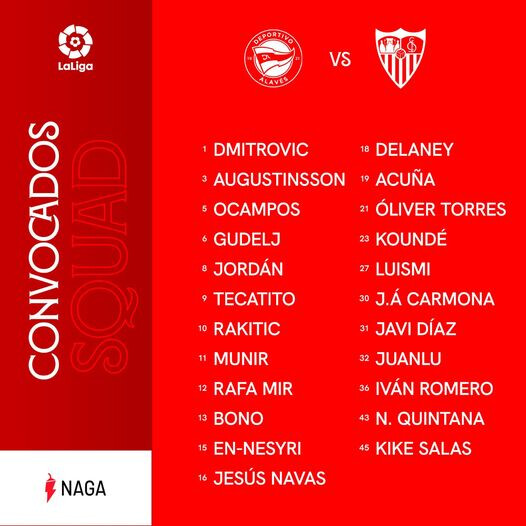 Mir, Munir and Oliver as main subs in the second half. I wouldn’t mind Oliver starting though.

I’d start Rafa this match just to rotate a little, but the rest is lineup. Maybe Oliver for Rakitic to give the old man some rest.

Looking forward to this after finishing work later. We have a few out but still a strong squad overall. I’m pleased to have Kounde and ocampos back. Having both navas and acuna available definitely strengthens us again the full/wing back positions.

Nacho Quintana maybe? Maybe some minutes as a sub. Think you were quite positive of him no?

Wonder whether we’ll see another fast start like last weekend?.. I think it’ll be back to playing at a snail’s pace, but we can always live in hope!

Plenty of time between now and the West Ham match so go for it! Pretty clear game plan today. Stop Joselu we win.

We always seem to set up more defensively away from home. I’m expecting a tight game which we win by a single goal or two. I’ll go for 2-0 to us.

Will be catching a replay of the game on La Liga TV later as I’m out tonight.

Shame of Martial his injury, expecting him to play as much games as possible these absences are so costly. Also no Papu for the rescue like usually today. Need others to step it up (mostly counting on Corona), and Youssef to put on his studs not the ice skates. 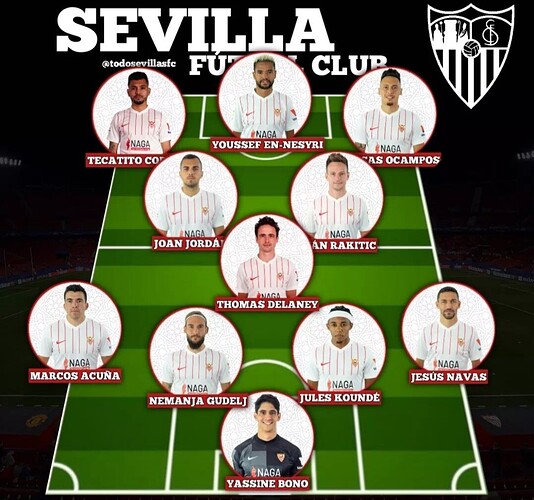 Why don’t we play Delaney at CB instead of Gudelj? Delaney has experience with Dortmund playing center back, if I remember correctly, and Gudelj is this make-shift center back we created ourselves.

So much quality is out injured, but we got Tecatito & our main fullbacks to create the chances for us. Away days have always been tough, but I trust we make it through.

Full backs man, I swear in modern football. The value of good ones is insane. If you look at Hakimi for example, or both Liverpool wingbacks. They both have legit 10 assists this season already. Unreal.

100% – just thinking the other day, Liverpool’s midfield isn’t that great compared to most elite teams. We’re sorta in the same scenario, except our front trio isn’t as prolific. Similarly our fullbacks do most of the assisting, and would have more if players on the other end of those passes would finish.

Well yes definitely quality, but also their mentality going forward and general intensity. So impressive. Huge Gap, with us.