Valladolid doing well with the little financial options they have, as the team with the lowest player value of the whole league. The paradox between as they say the team is above the individuals, however in the end the small individual quality differences often decide game changing actions in football games, and a decent team performance can often leave you empty handed. Just as Villareal did to them, and they will be fighting to avoid weekly.

They managed to get two experienced La liga players, for free. An upgrade in their goal with Asenjo and crowd favourite or atleast mine Escudero. Who is still of good use, who will score a screamer or two a year. And they full signed some of their loaned players, like Plata and Monchu which shows faith, and satisfaction. Snatched up Malsa from the sinking ship that was Levante to finish the years upgrade. I wish them well in their competition this year.

As steve said, hopefully we get some first glimpses of our signings and some excitement starts to grow just by that alone. Better ofcourse would be some field performance that we can be proud of but i’m done expecting those, I will also shy away from an overly positive prognosis this time.

as the team with the lowest player value of the whole league.

I don’t believe this. I believe they are La Liga contenders and CL material team - as Lope would hint

@Enrico sorry, moved your comments over to the Matchday thread.

This season if you look under Sevilla FC Matches you will be able to find the upcoming matches. This will help with organization, searching, etc.

How many of the new signings, if none at all, do we all reckon will start Friday?

Depends who is available and fit I guess.

Isco will play part of game, probably coming on in second half. I don’t see Marcao playing, he can’t be match fit. Tanguy can’t possibly play for lack of adaptation.

Yeah I reckon Isco off the bench and maybe Marcao.

Hopefully we can get all our new signings fully integrated into the team and up to speed sooner rather than later.

It will probably take at least 3 or 4 matches before Isco and Marcao are back to full match fitness - hopefully I’m wrong on this. Nianzou has trained in the pre-season with Bayern so he should be ready, but will most likely not start on Friday as Tim mentioned, due to lacking of adaptation. He should be able to start next weekend vs. Almeria though.

their loaned players, like Plata and Monchu which shows faith,

Plata, one of the stars of the Ecuadorian World Cup squad, been super reliable for them/us in Ecuador, certainly not someone to ignore.

Delaney reported to miss the match due to a slight injury.

Tecatito out for 4-5 months. So here we go, it starts again

That’s extremely unfortunate, there went that little bit of depth and smart runs upfront that we had. How we react to this. I can see another loan coming in.

Also my preference would be to stay away from Morata or Icardi. Very dubious names.

I would have liked Santi Mina (but he went to Saudi Arabia, and he was in trouble with court but still, a player like him), Guedes went to Wolverhampton.

I think tottenham are still looking to loan out Bryan, so maybe we can do an interesting deal with them.

Without Tecatito, our remaining wingers are:

Ocampos, Lamela, Suso (injured). Papu and Munir are not a real solution for the wings. Navas can play as RW, and maybe we could improvise something with Acuna/Telles but that could leave us in a bad position in case of potential injuries to those players, they need rest after all and we can’t activate them almost non-stop for who knows how long it will take Tecatito to come back to action and get in form again. February-March is an optimistic prognosis with this kind of injury.

I think the best solution at this point is loaning a winger, even without a purchase option if necessary. What are the options though?

Bryan sounds like an interesting temporary solution - or even long term with a proper deal?

Luckily we have Telles already indeed. Not the worst primary bandaid.

Telles and Navas can definitely contribute in the wings… maybe even Acuna - he mentioned in a pre-season interview that he’s ready to play anywhere in the left side, whether that is the wing or midfield.

However, that would leave us a bit short-staffed in LB/RB in case of injuries or needing to rotate… which we will definitely need. I’d better have Navas/Montiel and Acuna/Telles rotate in RB/LB than play all the time.

The real issue is the left wing. Ocampos does not work there and that is a well known fact, but Lope disregards this and still plays him there. I think we need to focus on getting a left winger for once.

“Our opponents are sure to cause problems”. 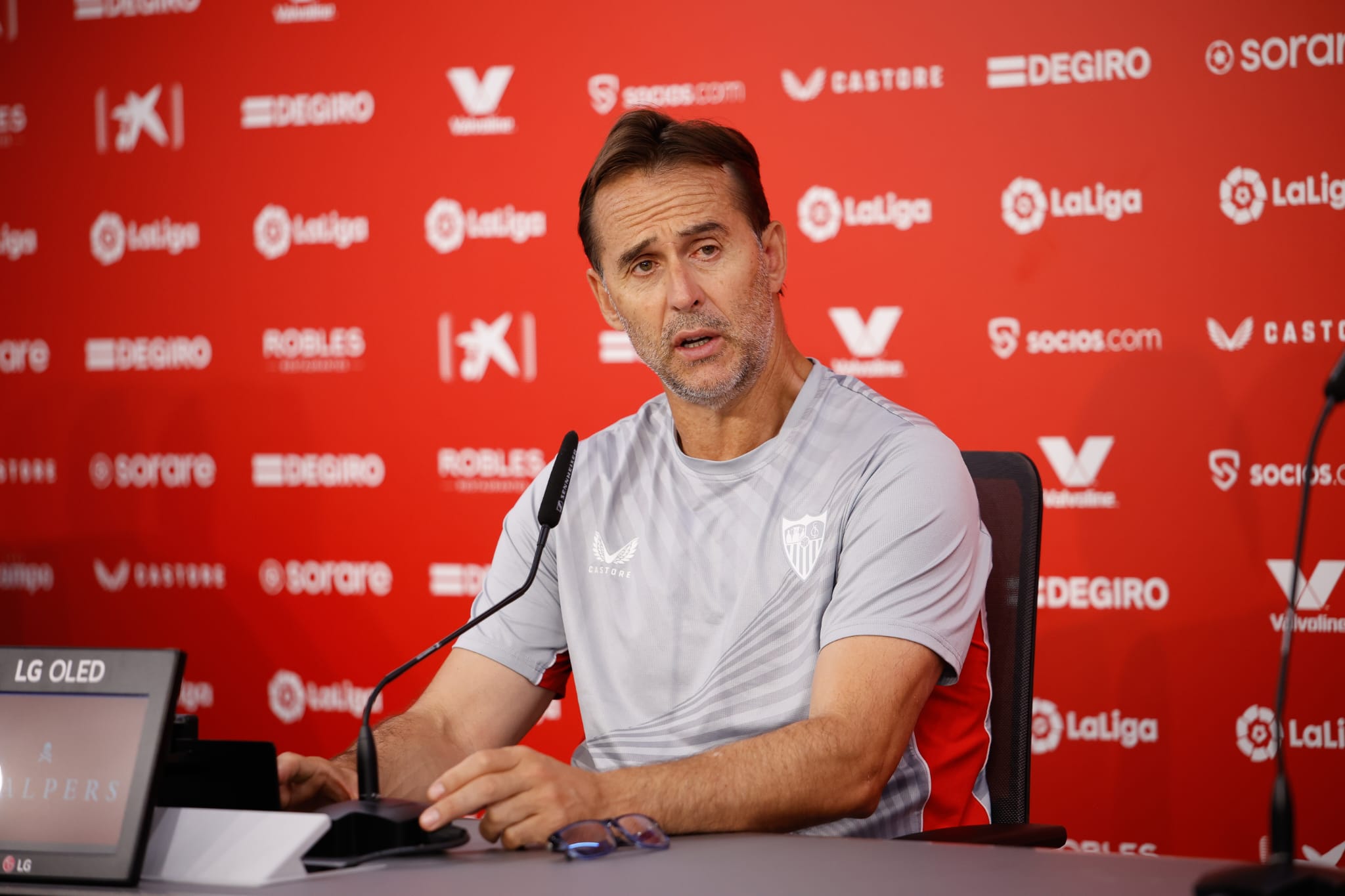 Lopetegui: "We want to deliver a response in our first match in front of our...

"Everyone will be called up apart from Tecatito, who picked up an ankle injury in training"