I don’t have a thoughtful breakdown of the game this morning, so I’ll leave that for Chris or Edi, but… IT’S GAME DAY MI GENTE!

Also, I’ve finally got a chance to wear my favorite Christmas gift to work! #VAMOSMISEVILLA 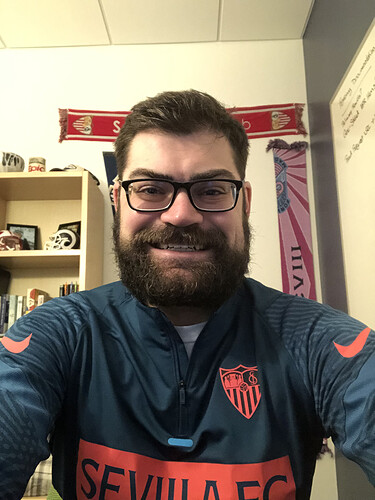 Why has it got a big horrible plastic strip across the front that will probably come off in the wash?

Eh, I’m still regularly wearing kits from years ago with similar graphics. Just gotta be careful when washing and only wash when it’s actually dirty.

I’d be too scared to wear it.

One thing to note. Coming out this morning that Navas will be out longer than expected.

Navas will be out longer than expected

Yeh, Lope dropped this at a press round, he never seems to look on the bright side. The good news is that Navas will be back first of the three, before Lamela and Suso. It’s taken longer than supposed but he’s at the point of returning to training. Before the end of the month hopefully.

A story about Cadiz and the change of name of their stadium from Ramon Carranza to the new Mirandilla. Just like when the BBC asked people for ideas to name a boat and the people trolled them with …
‘Boaty McBoatface’, which of course the BBC dropped.

So Cadiz council did the same for the municipal stadium, purely political because Ramón De Carranza had some links to the Franco regime. So what did the people vote for a new name? General Francisco Franco and the second most voted was a far right politician. So naturally the council dropped the idea and renamed the stadium after a far left politician.

The biggest concern for tonight is in defence. As the rest of the team we have a usual starters fit and available. I hope we can get the 3 points tonight! It will extend our lead over the chasing pack and also put us right in title contention.

I feel like usual it will be very low scoring. They have a lot of players out too and a smaller squad so hopefully we can take advantage of that

And Carranza also had links to Sevilla. 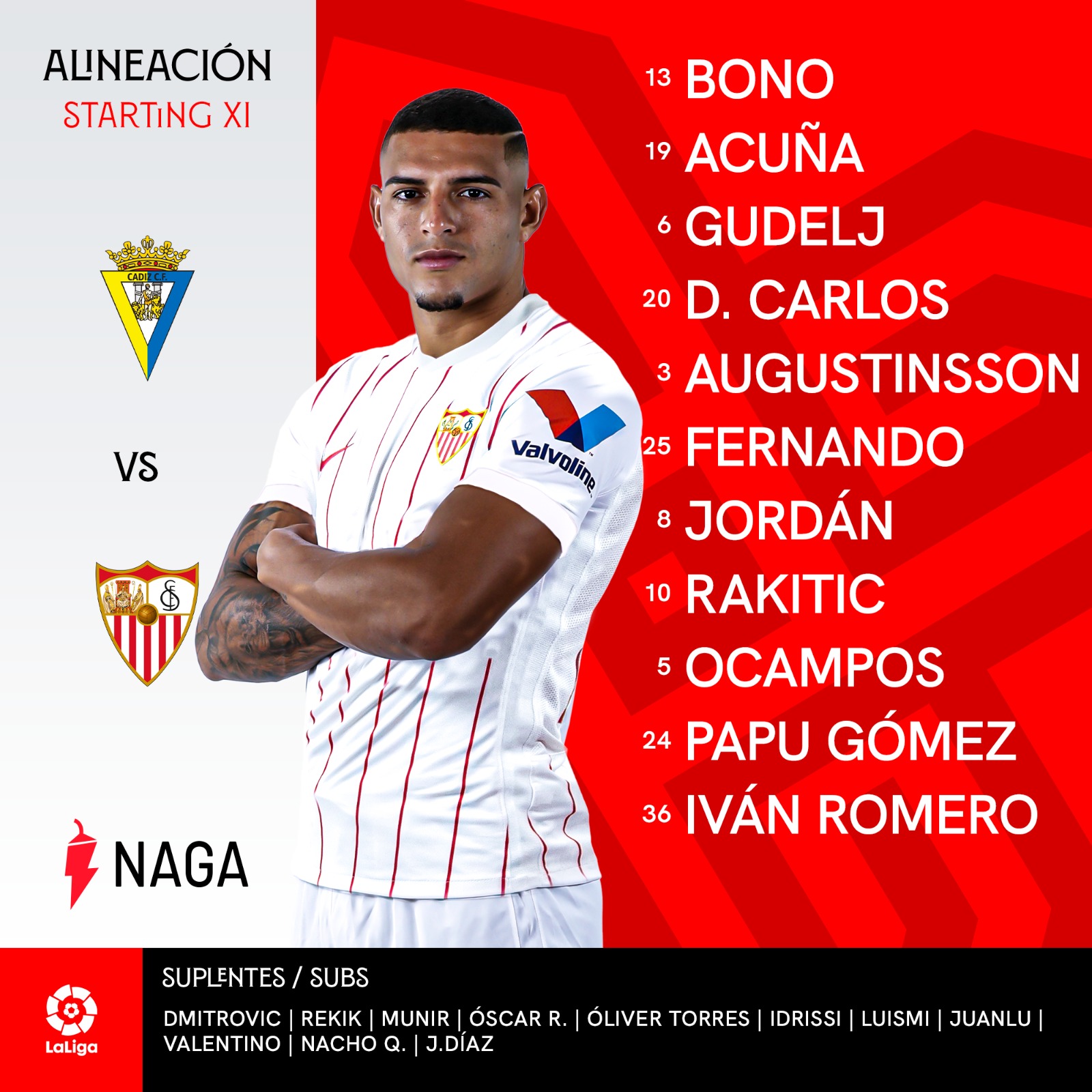 I’m surprised to see Rekik start on the bench. I thought for sure that he’d be in the back line given our circumstances.

I’m also excited for Iván to get another chance up front.

The midfield is pretty much Lope’s ideal lineup.

If Rekik is available, shouldn’t we have played him at LCB and Diego Carlos at RCB?

Despite that, the lineup is as strong as it can be, given the options we have available.

It’s a fairly strong starting 11 but we’re a bit light on the bench, especially defensively.

A much stronger starting 11 and bench than I thought it would be. We should have enough.

Presumably some have recovered from Covid?

So it looks like the players with Covid are Montiel, YEN, Mir, and Delaney. Might be missing someone but I can’t seem to remember who it is.

Happy with the lineup overall. Didn’t expect acuna or Carlos to make it. Let’s win this! Vamos!

Augustinsson, Acuna, maybe even Ocampos at the right back? I don’t know what to expect. Probably Augistinsson, otherwise good line up, certainly good enough to beat Cadiz at their home. Vamos!

Acuña at RB is going to be “interesting”.

Would have rather Rekik at LCB instead of Gudelj, but it’s not the end of the World, the rest of the team kind of picks itself, and a great chance for Ivan to try and bag himself a goal or two.

Does show the remarkable weakness we have up top though… Both Strikers out, we really need a third as Lope doesn’t fancy Munir there.

I’m also excited for Iván to get another chance up front.

Especially after he was poorly treated by that Atlético defence + ref.