Is anyone attending today’s match? We will there in preferencia. Can grab a pre or post match drink. We will be heading towards the stadium shortly.

Let’s hope we can continue the decent momentum we have at the moment! Vamos Sevilla! 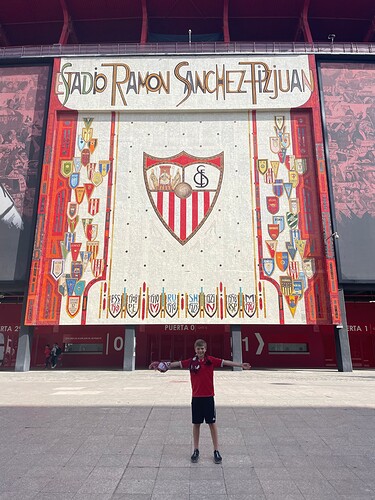 Way too early but @NayNayAK wants to try and see the player come off the bus. Really need a win here.

FWIW we saw Sevilla play against Rayo in 2019 and Sevilla won 5-0. It was a goalapolooza. I wouldn’t mind a match like that today.

I had to look it up. One from Promes, two from Munir, one from Ben Yedder and one from Gil. The only goal I remember was from Bryan Gil. It was his first one in the Primera. It was a good game. Banega was all over the field. Loved watching him. Sarabia played. He was a much better attacker than what we have now. Hell. Even Promes was doing great though he went a little crazy there. I wonder if he is available. Probably super cheap. Just would have to keep him away from knives.

That was in the away fixture when we won 4-1 at Rayo first game of the 18/19 season under Pablo Machin! 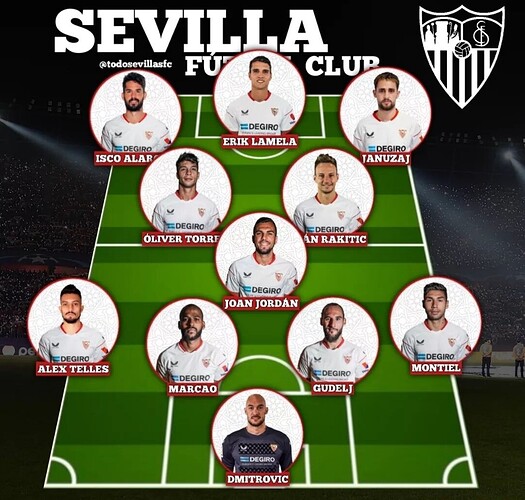 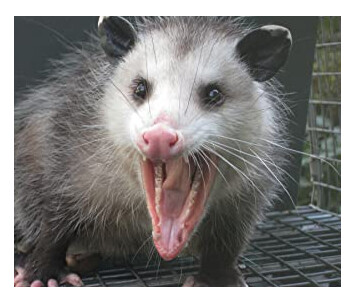 Let’s see if he can one up Suso then.

Very glad with Oliver Torres and Isco both on the pitch. Rayo is dangerous but I think we got this.

Looking forward to sitting down and watching this.

OT and Isco are ok but Rakitic and Jordan… hope it works!

Also Januzaj better do something tonight or sell the mf in January!

Hoping Januzaj is ready for the test, cause the bar is very low. We’re very limited with our attacking options, so good play from him can be huge for us. Skeptical of us playing w/o a recognized CF, but we weren’t too bad in that 2nd half against Real Madrid. If we can recreate some of that good work for larger spells, we should pull out of this one with 3 points.

Can’t watch this live, but will catch a replay later today. Let’s get up this f-ing table!! VAMOS MI SEVILLA!!

I’m liking this lineup. It’s very attacking with Isco, Oliver, lamela and Januzaj. Once again sampaoli going for it and he’s doing it without the main strikers. I agree with him as none of them are good enough and up to the standard we desire.

I feel Sampaoli see this type of lineup as his best team for now and use the 3 strikers in the 2nd half when the game gets stretched. Until we get to January or summer next season when we can move a couple these players on and replace them with better additions.

Normally this shouldn’t be the way but I feel we can’t trust our current strikers and we already gave them long enough to show something.

Jordan and Rakitic in centre is okay and they have played decent since Jorge came in. Let’s hope they can continue in same vain.

As for the defence I think Marcao is looking good and him and gudelj are doing decent in the centre back partnership. Telles has played okay lately as well.

Hopefully dimitrovic impresses in goal as another chance for him.

This won’t be easy as Rayo have had some big wins this season and in the top half of the league. We will have to be at it from the start but we have a chance to win and hopefully an entertaining game ahead.

I was thinking the same. Either injured or something going on… this is the second game in a row that he’s not playing.

He’s on the bench so not sure. Maybe Jorge is just trying to give both game time. We will find soon enough though if there is any reason he’s not playing like injury or if it just a bit squad rotation.