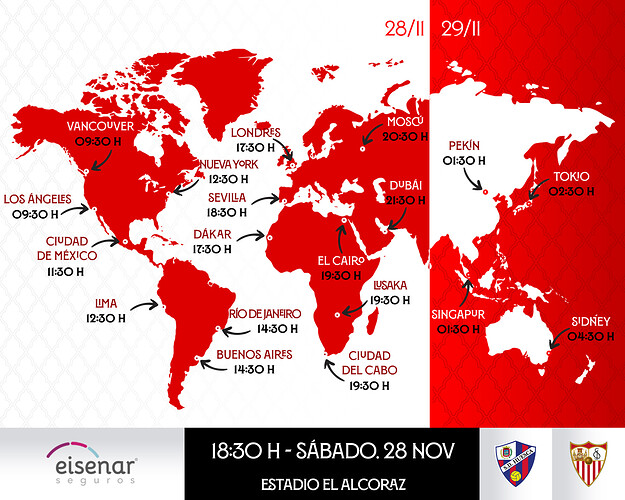 Fresh off clinching passage into the Champions League round of 16, Sevilla travel to Huesca in hopes to continue their good run of form.

After two consecutive victories in La Liga, and four in all competitions, Lopetegui’s men are slowly finding their rhythm. These wins haven’t come easy, as Julen had to accommodate for various personnel changes. An improving facet of this Sevilla team is how early the goals are being scored. Kounde’s 5th minute opener last weekend was the fastest goal under Lopetegui’s tenure. It was subsequently outdone in the following game at Krasnodar, where Rakitic’s incredible volley found the net in under 4 minutes. However, it seems Sevilla are starting to forget how to keep a clean sheet.

The growing list of absentees means more players will be given opportunities to play. Karim Rekik will likely deputize again at left-back, due to both Escudero & Acuña being injured. It’s also a first call-up for Joris Gnagnon, who has been marginalized for the entire season. Idrissi has provided a different look to the left wing, and may be given a starting role after Munir played all 90 minutes in Russia. The 23-man squad is rounded off with cantera players Zarzana & Alfonso Pastor. 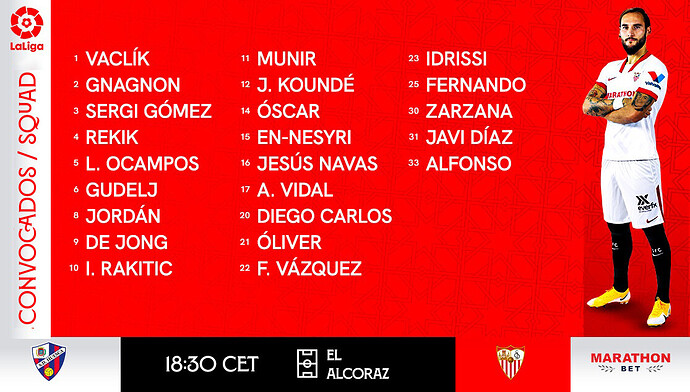 A moment’s silence will be held across all LaLiga matches this weekend to honour the late Diego Armando Maradona. It is always difficult news to stomach when someone passes on, especially when they have brought joy to many people. So difficult that World Cup winning coach Carlos Bilardo, who was also Sevilla’s coach during Maradona’s 92/93 season, had the news withheld from him by his brother as he is in poor health himself. Diego touched the hearts of so many, including those who have also represented Sevilla FC alongside him. Here are some of their testimonies:

Monchi: “I had the fortune to live with Diego when I was very young. Overnight he became a friend from being an idol.”

Manolo Jiménez: “[Diego was] a friend of his friends, a teammate of his teammates and on the field he led the team, not only with his quality, but with his attitude. I had no problem giving him the armband.”

Diego Simeone: “He was our guide to what football was. Maradona is football. He looked after me at Sevilla when I was young and showed me what it meant to play for Argentina.”

Davor Suker: “The greatest of all time has left us. He was able to control anything round, he enjoyed football like no one else.”

Lopetegui: “It’s a universal feeling that Maradona is a legend and that he will always be eternal.”

It is a weird little group today, basically 23 players, but realistically 4 of them are just there to make up the numbers.

I’d love to see Gnagnon get another chance with the team, but I cannot see it.

I would go with…

Great information on how fast we have been scoring. Vamos! 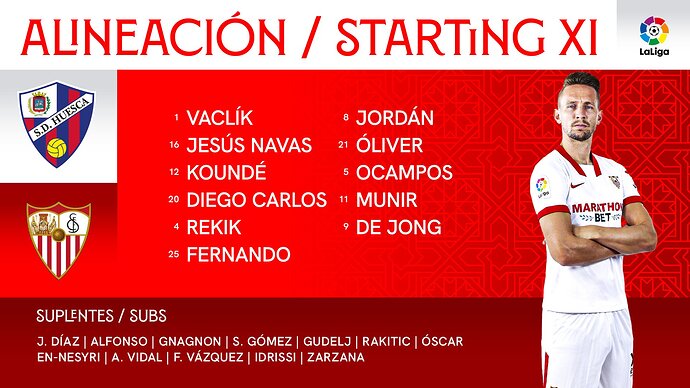 I think Óliver deserved this. But he has to show it now. Big games coming up.

He’s really going with Rekik on the left isn’t he… oh boy! Let’s hope the gods of football turn Rekik into Acuna!

I was one player out.

Sorry two. For some reason I missed YEN / de Jong.

Something to watch. If Fernando gets a yellow, he will be suspended for the Real Madrid match.

I can’t argue with the starting 11 apart from preferring YEN to LDJ.
@SurreySevilla, that was a great guess at the team, you got the defence and centre, but nobody ever knows what Lope will rotate up front.

Regardless, I’m happy with Munir playing.

If Fernando gets a yellow, he will be suspended for the Real Madrid match.

Is the referee is a pro Real Madrid one today? Watch for a very dubious, harsh yellow for our man if so.

Munir nice run but just too selfish in the end. Pulls it wde. 3’

Is Ocampos the most fouled player in the league?

Rakik with a header off of the Sevilla signature corner. Just missed.

I’ve noticed a few times now where on these set pieces, De Jong the guy you really want to take those headers is behind the defender who goes up for it. Is this by design or is it just defenders not recognizing the situation?

The guy on La Liga TV here just said, Sevilla missing back up keeper Bono as well as Suso.

I thought he was 6 ft even?