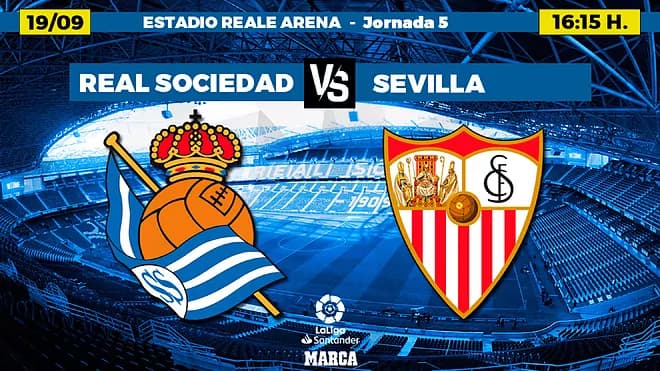 Our last match was a comedy.

Sevilla FC managed to concede three penalties in the 1st half, play with 10 men for most of the 2nd, and ended up drawing 1-1 at home to FC Salzburg. If there was any lack of evidence that Lopetegui’s luck hadn’t run out, we were served with a fresh example.

It was also clear that nerves are still a factor among the vast majority of our players during the big matches — an upsetting reminder that Sevilla still has a tendency to throw a game. If we used that match to rid ourselves of everything wrong with our current team, then the next game must be a reflection of what kind of season is in store.

Answers won’t be revealed in one single game, but this year will beg the question of whether this ensemble is good enough to be part of the conversation, or to be in the fringes.

The match away to Real Sociedad will be our 4th in the league after having won twice, and drawn once. ‘Underwhelming’ can be the word to describe the overall sentiment on the team’s performance so far. What will Sevilla FC have to show for itself in Anoeta? 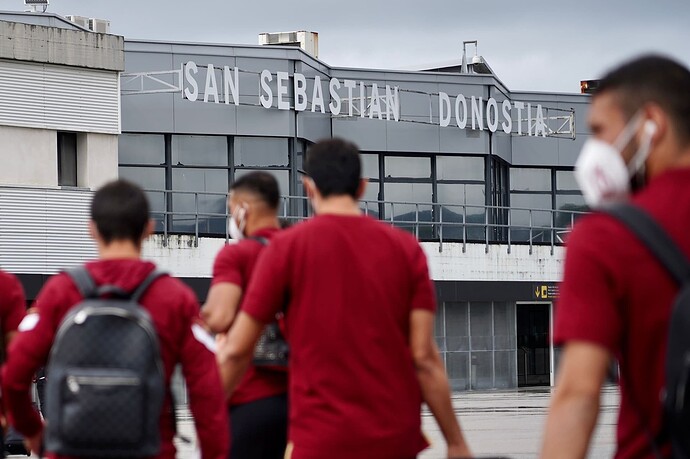 Sorry… I was being lazy when I posted this I the other thread.

Hoping I might catch some of the game later, bloody working 3 - 12 this afternoon though, but meant to be “spare”, so see if and when they give me some work to do. 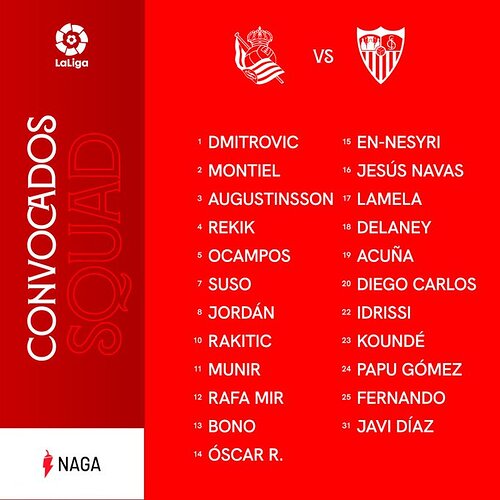 Full strength with no injuries. I just hope lope freshens things up the team. We have no Oliver in the squad which is a shame but everyone else there. Let’s hope for some of the new players to get a start here and liven us up a bit.

A win against a good side in the form of La Real would be a fantastic boost of confidence for the team. This mostly depends on Lopetegui’s squad. I hope he makes the right decision

Sociedad is of great quality, and not afraid to play. For once Lope’s speech textbook has a point. Just like they played in the Europa League this week against PSV, being dominant and dare to take risk. unexpectedly conceding the first goal, did not phase them all. Continued their play and it was 1-2 in no time. With clean goals from similar wingplay. At 2-2, they kept going for that win even tho it got risky. PSV is not bad at all, curious how we stack up to La Real.

I will be packing my bags of false confidence with me and try tuning in tonight. Vamooos!

A better one than vs. Salzburg, but probably still not the optimal formation. 2 DM’s and no Oscar…

We urgently need the 3 points! VAMOS!!!

Oscar instead of Rakitic and it would’ve been a much more exciting formation!

Finally Lamela gets his start. All he had to do was dribble thru 10 players to get his reward.

Credit to lope for changing it up!

Whenever Lope plays 4-3-3, it just tells me he’s still being cautious. I don’t care what Rakitic’s shirt number says, he can’t play the #10 role.

Cautious Lope = a long nerve-wracking match if things don’t go to plan, which usually they don’t!

I’m happy with the team except like you say maybe Oscar could start. Still he likely will come on. I’m also worried about navas form and his age. I think we should really be looking to start montiel now and navas becomes the backup to him.

Whenever i see 3 CMs like that i always think we could play the diamond, and simply put Papu behind Lamela & YEN. But expecting Lope to do anything remotely that exciting is like expecting a La Liga ref not to be trash. #WhatIf

I don’t know about this 11, position labels and formations don’t mean much to me, I don’t really understand them.

Look out for our defensive headers out by K. and DC, they need to get picked up by midfielders but there’s been a bit of a hole there in the last 2 games. Will Lamela do 90 minutes? will YEN pick up his form?

That first ball, how come not unexpected…

Lamela doing something we don’t see often. Dribbling up the middle and shooting directly on goal. It went over, but I like it.

Another one Bono… this confidence issue whole defence only DC performing.

Twice kicking the ball out of play for a corner.

Don’t think I have ever seen that.