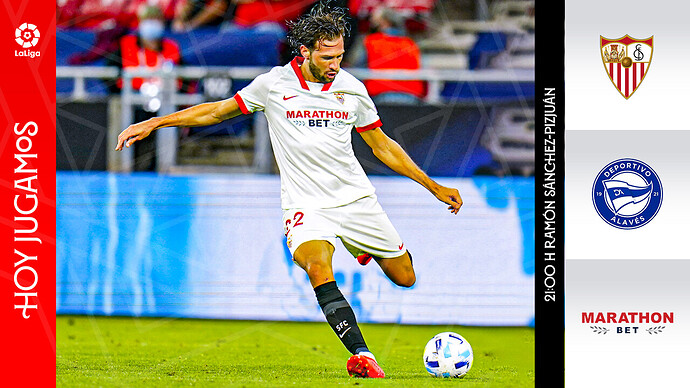 The bookend to Sevilla FC’s 2020-21 season is here, with Lopetegui’s team with an opportunity to surpass the club’s record points total. It has been a long campaign, where many have felt frustration & deception, but also jubilation & renewed hope. Already being an unusual time in football, Julen has tried to make the most of a team kept mostly intact from the season prior, and attempted to reach higher levels. Through those trials have come realizations that becoming elite brings a lot more hardships. The hope for Sevillistas is that we’ll come back hardened and ready to take on the challenge once more.

Sevilla will draw the curtains to La Liga’s season in the final game of Matchday 38 against Deportivo Alavés. As with every year, it will also be the final match for a few players in Sevilla colours. Some are known from the likes of Vaclik, Escudero & Franco Vazquez, while others still remain a mystery as is with every Sevilla off-season. Lopetegui will honour these players in their final game, but the greatest honour was leading them to a Europa League victory last summer. 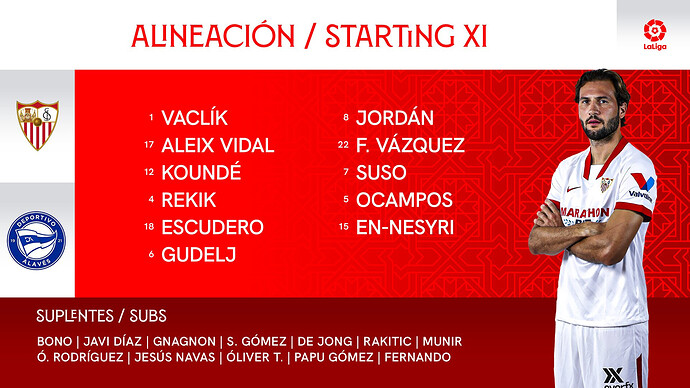 Very conservative lineup. Not sure if I’m all for it. Sure, fourth spot is guaranteed, but there’s still a point record to play for. At the same time, it is kinda cool to see a lot of these players get to play the last game of the season, after all, it is probably their last game with the club.

Maybe since Navas is not starting, a new contract is all but certain? I’m sure if they didn’t plan on renewing it, he would be playing

Will this be the same starting front 3 next season? I always felt like it was very balanced and threatening. Maybe it was just overall underperformance that held it back? If kept intact, cause this was a difficult season to get thru, could it reach new heights next season?

Why give the three leaving a last run out?

Lmao Jim, why not?

Would be cool to win this and get 77 points. A chance to set a new record and hope we do it. Vamos!

The only thing to play for is the 77 points club record in La Liga. I’m still against starting Vaclik though, even if it means it’s his last game here.

Rather play Alfonso Pastor seeing as this is looking like his last game for the club (not even on the bench by the way!).

There is no way Jesus Navas doesn’t start and play his entire last match at the RSP. Must mean new contract inbound

Ive noticed that Alaves don’t have anything to play for either. Not playing Pacheco, nor are they playing Joselu and Lucas Perez, their top goalscorer and top assister.

Anyone think Suso should play in the midfield next season? He’s not really a goal scorer but he’s superb on the ball and can pick out a pass very well

They reckon his best position is as a number 10. Which would be fine, if we played a formation with a number 10.

With Oscar & Oliver in the team as well, no chance Suso gets to play there now. But he shouldn’t have to always stick to the right wing. He should roam more.

Fair enough. Next season, I really wanna see these two in the midfield together more often. Lope needs to get them in the team more often

Yeah I like him in midfield. He’s great at finding the pockets of space and picking that killer pace. Plus he’s got a decent shot on him from long range too.

I do want to see more of Oliver and Oscar though. They are the future and have a lot of talent and speed they can bring to the side.

YEN gets stepped on after he is fouled, ref didnt see it, it looked like an accident, but could that be considered as a potential booking?