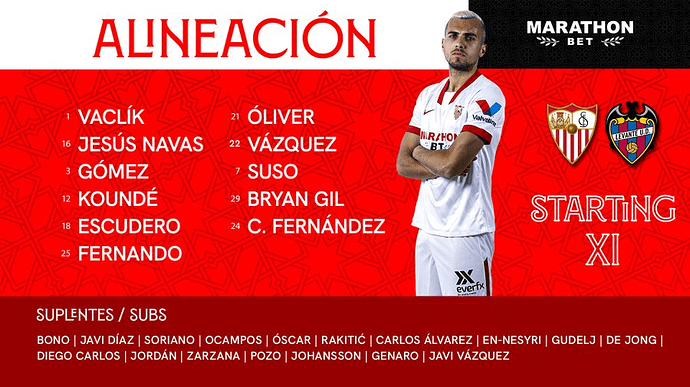 We clugging the site or what?

And that’s 2-0, deep pass puts their striker way ahead, underneath of Vacklik slots it in.

Bryan trying his hardest, looking lively. Little real danger so far, but two times it came from him.

He got a foot to it, but i wouldn’t blame him for the goal. Gomez totally lost his man.

I think i heard the commentator say this would be a 55-min half?? Well i’m here for it.

Biggest indicator that Mudo is not in Lope’s plans, he‘s been shifted to LW and is isolated there.

2nd half 55 minutes as well lol. Not sure what I understood right but it was lopes idea to also let substitute players play as much as possible.

First 10 minutes he was active in central midfield and I liked it surprisingly then he faded into the blackness.

Maybe because I hadn’t seen him in too long haha, I was like okay Mudo now you are pulling the play towards you and after 3 times it stopped xd

Yeah I wouldn’t blame the goal on him but the fact still is, he doesn’t stop anything.

Suso was switched to the middle, and Bryan to RW, and it gave us a better look. We were more threatening with this setup and got more balls into the box.

But honestly, all i’m waiting for is Óscar.

Yup we are getting all new players right? Second half, very interesting to compare our two squads although Levante will too

They started a separate stream for the 2nd half.

That was a missile.