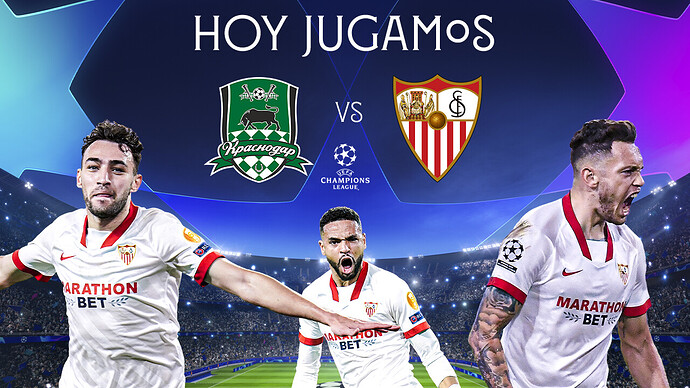 After obtaining 7 points from the opening 3 group matches, Sevilla has a chance to be one of the first teams to clinch a spot in the knockout round.

A win can push Sevilla through to the next round, granted Chelsea wins their game against Rennes. Last time out, the Andalusians managed to overturn a 2-0 deficit, where the entirety of the 2nd half was played with 10-men. It’s been a season where Sevilla has lived up to its ‘never say die’ motto, after already completing 3 comebacks in all competitions, including this past weekend. Los Rojiblancos scored 3 unanswered goals after trailing 1-2 to Celta Vigo. But with a depleted squad, containing 5 players from the youth team, the trip to Krasnodar looks more daunting than it appeared 3 weeks ago. 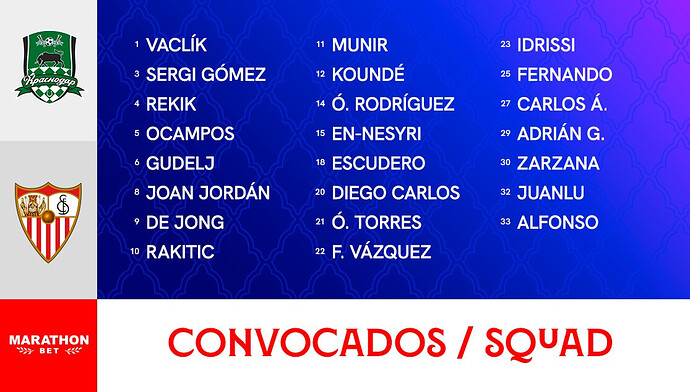 Without 3/5 of our first-choice backline, heading back to Seville with a victory could become a very complex task. Before Krasnodar’s two goals in the reverse fixture, Lopetegui’s team hadn’t conceded a single goal. It may be just as difficult to keep them from scoring again, as we’ll also be defending against a team backed by a home crowd.

Lopetegui: "In the Champions League, every game is a final."

It will certainly have that air about it, as The Byki are fighting to stay alive in the competition. The Europa League version of this fixture 2 years ago saw FC Krasnodar battle back after being 1-0 down at halftime. Can Sevilla avoid a similar fate and finally allow themselves to focus on the league?

Let’s be honest, we are going to qualify out of this group. I actually wouldn’t mind seeing a couple of the squad players / younger lads get a bit of a run out.

I know it won’t happen but I can hope.

3 attacking mid’s Jim?? That’s exactly why we lost there under Machín.

To me I’d rather give some of the rest of the squad a game, and rest some of the first teamers for La Liga and the two bigger UCL games.

Worried we will burn ourselves out at this rate. Jules, DC, LdJ could do with a day off as could Fernando and JJ really.

I know it won’t happen but I would give anything for Vaclik not to start tonight too.

Then let’s win this one, so we can worry less about the remaining 2 games. I doubt we see much rotation from Julen anyway. I think he goes with an unsurprising XI:

Obviously I’d prefer to win but it is not necessary and I’m afraid that football is now mercenary enough to feed stats into a computer and come up with the best weak team to do the job, statistically. If that goes tits-up you bring on your best players available.

So I guess we should believe Lope when he says it will be a hell of a difficult game.

I just don’t wanna have to face an improving Chelsea team, and then a Rennes side looking for revenge / or possible UEL berth.

I just don’t wanna have to face an improving Chelsea team, and then a Rennes side 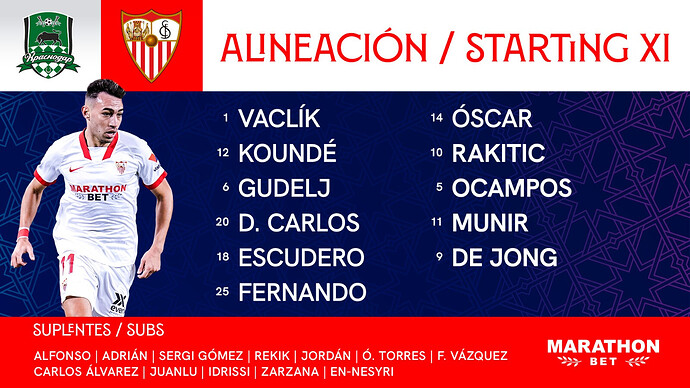 Fernando AND Gudelj! Lope is not playing around!

And an Oscar sighting…

Beat me to it.

Would love to see Idrissi get half hour later, and maybe a cameo from Carlos Alvarez if we are winning with 10 to go.

At least if we win tonight we are practically qualified. I say practically, if we win and end up on 10 and so do Chelsea we ARE through, as Krasnodar and Rennes can only get to 7 in that situation.

Good to see Munir, he deserves more games. Would have preferred YEN to De Jong.

Carlos Alvarez on the bench, what a future prospect he is.

Both Juanlu and Zarzana too on the bench, think both are Right Wingers.

Looking more at the team versus the bench, it appears that Lope is taking the game very seriously. Not much social distancing going on with the public in the stadium.

Both Juanlu and Zarzana too on the bench

I doubt we’ll see either but Zarzana is another with some exceptional passes.

Well that was a bit of a golazo Mr Rakitic

They will build up some steam and really come at us if we don’t know how to manage this. I keep forgetting to say that if Escudero gets injured during this game, its our worst nightmare.

Great start. Hope we go for it now and get 2 or 3 more and not sit back after ten mins as normally happens in these situations

Didn’t we all see a 101% penalty there and the VAR said no, well maybe handball doesn’t count tonight.