Bumping this thread a bit early… With some lucky news for Sevilla. Looks like Reus will likely end up missing the UCL maybe against us.

Never rooting for players to get injured, but given our dim hopes and bad fortunes in Champions League, I’ll take it. On the other hand, best of luck to Reus in his recovery for the World Cup. 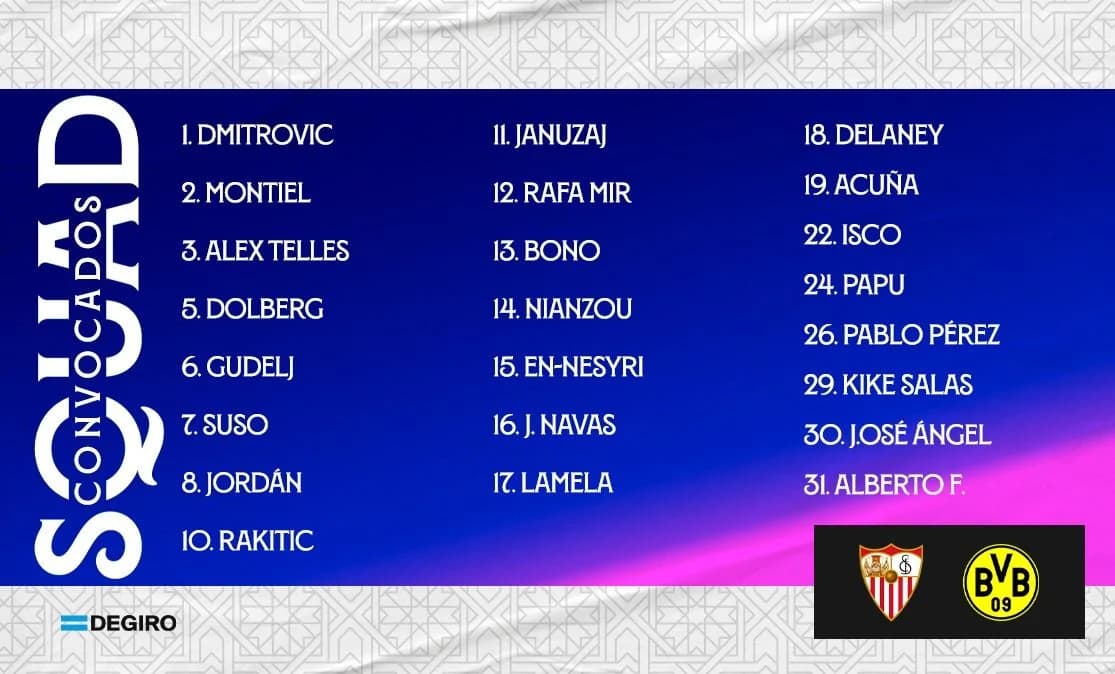 Thanks for reminding us! 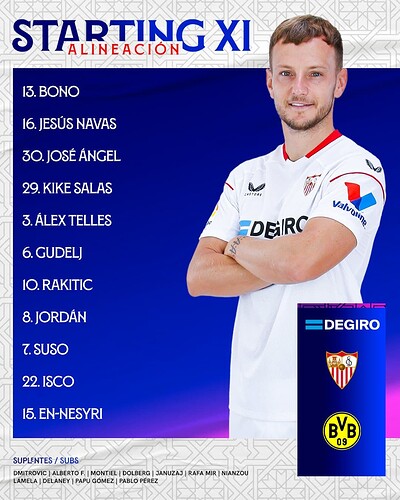 I’d be surprised if we score a goal.

All our midfielders and attackers are sooo slow in this line-up. What’s the tactic, bore them to defeat?

0-0 at best. Can’t see us scoring: I expect a comfortable Dortmund win.

So true, this is a joke, I hope they play their socks off and give him a one finger salute at the end.

Lopetegui definitely trolling us with that 11 he put out

Looks like a sick joke, but works only as a duo. And only if on good form, which they aren’t. Suso & Isco looks like the pairing he’s been waiting to play since the summer. How long can Suso stay on the pitch without hurting himself? That would be another cruel joke. And En-Nesyri… well at least he’s very active, but so was Ocampos. Still not sure what Rafa has done to deserve this treatment.
And it has to be 3ATB w/ Gudelj between the youngsters, or else why put those guys thru more pressure?

It really depends on how well we defend, cause we have failed Bono for far too many matches. Still think this team is good enough to win, but there’s been zero signs of that possibility. At least get a draw so that we can still be alive in the group.

Yeah I can’t see anything but a defeat for lope last match. I think we will hang in the match for a while but in end to no avail most likely.

Jose Angel and Kike Salas as a Centre Back pairing.

What have we become?

I honestly thought we would spark up knowing it was his last game but he appears to have outsmarted us and stuck the dagger in. He’s going to sing like a canary after he receives his severence pay.

Not a single Argentine in sight… dissing them and Sampaoli

Really? the read I got, is this is done no matter what result. Tomorrow we are free

I wasn’t sure about rumours but at this point it looks pretty concrete it’s the end of the lope road. A new era will start tomorrow and lope likely off to the prem!