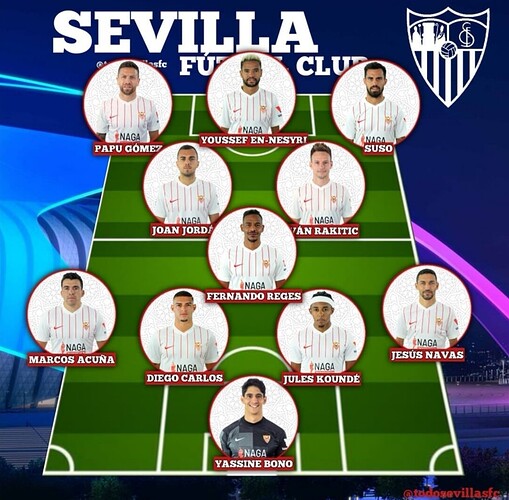 Lopetegui back to the formation and lineup selection that seldom works I see.

It’s very likely Fernando will often drop back to form a back-3, and offer more space to Jordán & Rakitić to create. Lopetegui enjoys leaving himself a few options on the bench to change the look of his team if/when things start to get stale. We could count on Lamela & Rafa Mir to make an appearance in the 2nd half.

First champions league match this year, on paper we are favorites, but Salzburg is a good team and it won’t be easy. With line up no surprises, Ocampos is back on the bench. New signings still don’t get trust of Lopetegui to start the game.

I was working on one a bit later than Jakob, that one can be deleted.

Get ready guys, 1 hour before we kick off our Champions League campaign. The Alavés game should have helped for us to keep some momentum instead of a long break.

With respect to Salzburg but they aren’t as strong as they have been before. Does that make them more dangerous?

I feel we start these kind of games off slow, I’m not a fan generally as similar showing to the Getafe Game would really be abysmal. None of that, and full force!

I think Salzburg will bring out some good play out of us, but only in the 2nd half. Even if we play 3-4-3, Rakitic & Jordán don’t take enough risks to make things interesting. 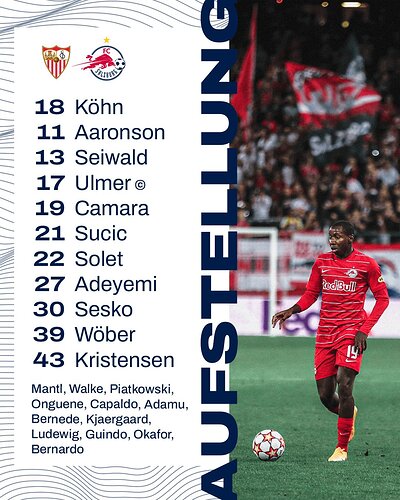 Very excited for this! The start of champions league always exciting and with 60% crowd too! A very strong line up and let’s start off well. Vamos sevilla!

On the bench basically everyone else except for Gudelj and Idrissi.
So it’s Cruzcampo v Red Bull.

Lack of pace in the midfield again. Why can’t we ever start with pace and have Oscar and/or Lamela there? Papu is also not that productive on the wing compared to midfield.

Interesting player is Benjamin Šeško, he is wonder boy in Slovenia. Some are comparing him with Haaland as Salzburg player, before he moved to Borussia. Same type player: big, good with head, strong finisher. This season already scored 6 goals.

I can’t stand Suso there… and a midfield without Oscar in this day and age… pathetic!

Lope again relying on luck and extremely conservative, even against RB Salzburg.

This type of management will never take us to the next level. 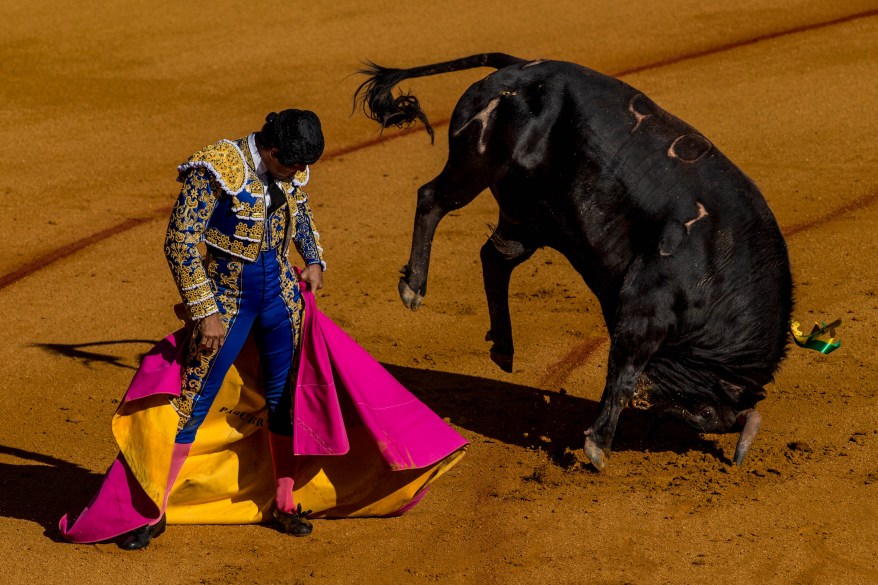 My bar in a remote town doesn’t have the paid channel I will be blind on this one probably.

What a stupid penalty to give away!

Got lucky with the missed penalty by Salzburg. Some good chances by sevilla. Papu with a chance to chip the keeper but hits it over the bar. YEN with an aerobatic chance that was never a worry.

Was that even a penalty? The foul was there, but if i step on my opponents foot ON the line, is it inside or outside the box…?
They need to be absolutely sure

And yet again… how on earth is that a penalty? That wouldn’t even be a freekick