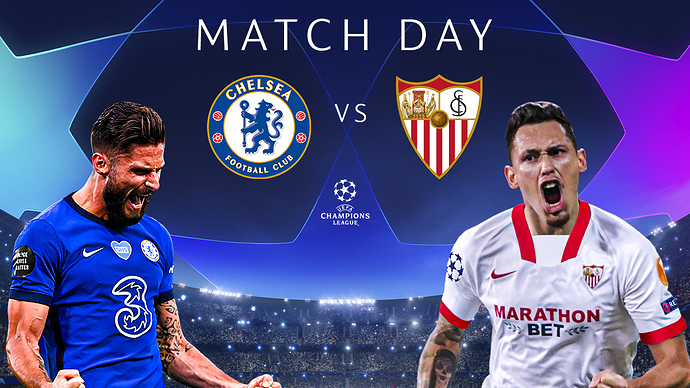 Sevilla’s return to the Champions League begins with a trip to Stamford Bridge to take on Chelsea.

Sevilla just suffered their first lost in La Liga since February, after going 18 league matches unbeaten. It was a tough way to start this run of fixtures. Our play was perhaps overshadowed by Jordán’s sending off, as the first half showed more of that sluggish & tame display we’ve seen in previous games. There was no standout performer, as Carlos Fernández wasn’t impactful in his 1st start this season.

Sevilla will look to bounce-back against Premier League big spenders Chelsea, who aren’t in the richest of forms. In what has been a hectic start to the Premier League in general, the Blues have both clawed back from a 3-0 deficit, while also being pegged back in a 3-3 draw on Saturday. Their obvious weakness in the defensive third will demand that Lopetegui’s men be clinical. As his team has learned early this season, chances cannot be wasted against big teams or else the result can escape you. 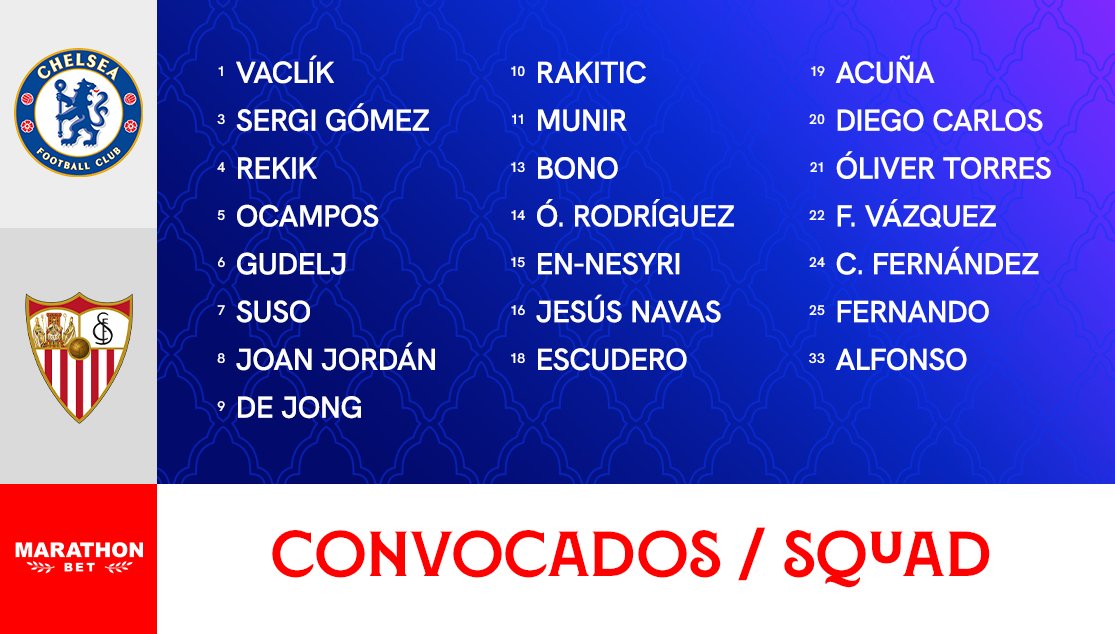 Escudero still makes the trip to London despite coming off injured on the weekend, while Vidal has been dropped as he isn’t listed for the Champions League. Idrissi continues to sit out through injury. 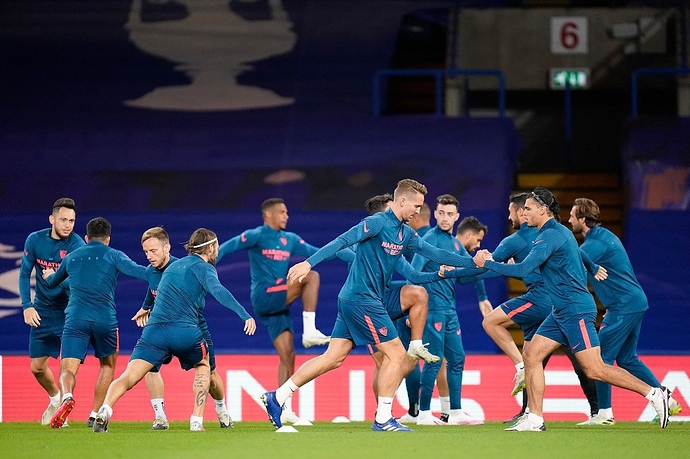 “A lack of preparation” is what Frank Lampard has attributed to the abnormal results we have seen. Meanwhile, Lopetegui argues that Sevilla has had the least amount of time to prepare for this season. Regardless, in the Champions League, you are required to play at a high level irrespective of the opposition. Will the Europa League champions be ready to showcase their talent on the big stage?

Monchi: “The first match will show us first-hand what competition is.”

Monchi: “The first match will show us first-hand what competition is.”

Oh dear, I hope that projection doesn’t show us too clearly.

I think the team picks itself, but I’d go for YEN instead of De Jong for the first half and make sure that Munir and Ocampos accompany, even though Suso played quite well at the weekend.

Rakitic and Jordan in the centre. Oliver and Oscar on standby.

Vidal isn’t registered for Champions and so didn’t travel.

Greetings everyone! I’ve been lurking as a Monchi’s Men reader here and there and figured today’s match was as good as any to join the conversation. Hoping today marks a promising start to this year’s CL campaign. I was in Sevilla during the 2017-2018 run and I’m optimistic for some similarly inspired performances.

I’m confident that we can hold our own against Chelsea after going toe-to-toe with Bayern in the Supercup. But I’m worried that Chelsea looks strong on the attack, and the match could get away from us quickly if the defense shows even the smallest of lapses in the early-going.

Welcome @HastaLaAlameda! Glad to have you on board. 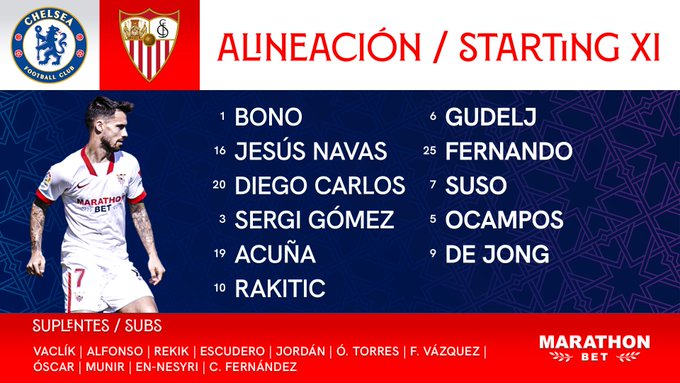 and no Jordan. We’re doomed

I don’t mind Lope going with the back-5. Fullbacks will get busy.

Why the hell isn’t Jordan playing? Especially when he hardly played this weekend and he’s suspended next weekend. Makes no sense.

Lope clearly playing for a draw.

Gudelj usually signifies a change of tactic and a different chain of connection. in this case Rakitic has to carry the play from centre to atack. Not convincing to me.

Not optimistic with Gomez and Gudelj there. We can’t do much for Gomez at this point due to Kounde’s infection with the virus, but Jordan should’ve been fielded from the start. Also Rakitic is not convincing so far, will need to step it up or be a bench player. Would have liked to see more of Oscar.

Would take a point tonight to be honest which is annoying as we showed a month ago against Bayern we are more than good enough to beat anyone in Europe on our day.

I’m still confident we can get a result here. Maybe Lope decided to keep Jordán on the bench to calm him down from the weekend’s events. I think we can create some danger with the front 3 & our wingbacks.

to calm him down from the weekend’s events

Welcome amigo. We are super happy to have additional conversation.

I don’t mind the setup - see how the game plays out and then make the changes to win the match. Who’s the better manager?

Hopefully the play Pulisic on the right again. I don’t want him attacking Sergi’s side.

Is it pessimistic to say I’d be content with a point here? Obviously would like a result, but if it takes this match to calibrate the squad back to CL caliber, it’ll be worth it for good form (and more likely wins) against Rennes and Krasnodar.

I’d be extremely content with a point, providing we weren’t robbed, this is the most difficult game of the group.

I’ll take a draw here. Fear that we might lose though. Hopefully we play well. Vamos!

trying to stream on CBS and getting some crap match i dont care about… anyone else?

That’s the way to go Sevilla, take a knee for communism, get the fuckin politics out of football NOW !