I’ve web-scraped a load of Sevilla data years 2005 to present into SQL Server so I can just run queries and get results. It looks like the tabulated format displays nicely too.

Gary Medel´s effectiveness is impressive, half the games of the other top dogs. Aitor Ocio showing some big numbers as well.

Interesting things showing up like can you believe Spahic never got sent off for Sevilla? Also, Tremoulinas and Konko, both played 44 games, both got 8 yellows too but Konko got 3 reds while Tremoulinas none.

That´s impossible, no? Spahic has to be sent off atleast twice.

I barely remember that guy.

That’s a lot of yellows for Fernando Navarro. If you asked me prior to the posting, I would have said Javi was #1.

I could’ve sworn that Rakitic never received a red card

Sent off for two yellows…

Never had a straight red though.

So weird, the stats are all over the place. FBref shows a couple for Sevilla, but no second yellow. The Sporting Gijon game stats show he only got one. The Atletico, confirmed. 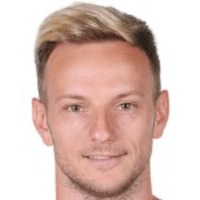 Anyway doesn’t matter, just weird. Thanks for putting this together Tim! I’m hoping for more awesomeness out of your hard work!

There are stats and stats … they have nuances. For example I have no way of differentiating between a straight red and a 2 yellow red. Plus lots of reds and yellows are appealed. Games played is a challenge, could be games started, complete 90 minutes or being subbed on.

But there will be errors too I’m sure, and I’ll be grateful if anyone flags errors and helps me correct the database.

BDFutbol.com is a good site.

I’ll dump it on the cloud when I figure out how.

I’ll dump it on the cloud when I figure out how.

Our biggest money transfers in, top 50. In descending order.

Here’s a stat for all of you

Here’s another.
Jesus Navas celebrated 300 wins last night as a Sevilla player, making him the only player ever to reach that figure.

Oh wow, that’s a great stat! I’ll have to remember that one for Sunday’s podcast.

All those players are hella talented. Just shows how things can easily go wrong.

Caparrós flukes it with his 4 game spell in 2018 yet totally flunks it with his complete seasons.
Lopetegui clear winner.
Marucci was caretaker manager for just 2 games.

The manager one is interesting, I wonder what Machin’s PPG were before we went into freefall.