Alright chaps, has anyone used the online store recently? Does anyone know if they have changed how they work?

As you probably remember earlier this season I had a problem with my new shirts where one turned up with a blood stain on it, and it took about 6 weeks for them to rectify the problem and send a new shirt.

I placed an order, well two orders actually on the 15th / 16th December, for the new training stuff. Nothing has arrived, I’ve contacted the store several times now, and I was told to contact them again in a week, which I have just done. I’ve been given no tracking details, all I have is an email saying my parcels were shipped. It is bloody infuriating and a bloody arduous process, especially when I have spent about £300 and so far I don’t have what I bought, even more so given it looks like at least 3 of the items I have ordered don’t seem to be in stock now. If it is like last year then they didn’t even restock the Winter training gear, to be honest I don’t want a refund, I want what I ordered.

It all feels a bit to me like it isn’t the club doing the online store, and that it is an outside company, does anyone know if this is the case? The last couple of orders I have placed now have really put me off of ordering from our online store again in future, especially the pain of trying to find out where my stuff is, or what is going on with replacing a faulty shirt.

I won’t lie, it is actually winding me up a bit to be honest, as they’ve effectively taken my money and I don’t even know if they have actually sent my orders.

It could also be because of the holiday season, where a lot of online shopping has been done. I know a few different websites i’ve been on warn about delayed delivery times. Not sure about the Sevilla online shop specifically, but my best bet is that it’s taking longer cause of this exact time of the year.

I know it has been a busy time of year, but apparently the parcels were sent 4 weeks ago. So now I’m worrying they either weren’t sent, or have got lost.

They aren’t really too good with the truth from what I gathered after the Blood stain debacle either.

Hopefully the bloke I spoke to last week gets back to me in the next day or two.

They used to provide a tracking number when parcels were sent, but since the shop was done up around August time, they don’t seem to provide any courier or tracking info.

More bad news for you I’m afraid. Thanks to “Brexit” All goods shipped from Europe to the UK are now from Jan 1st subject to a 20% extra charge for VAT. (payable at the point of sale) This is why loads of companies are refusing to deal with the UK.
Your goods are probably holed up at UK customs , or have been returned to Spain for not having the current vat paid sticker on them.

I had this from Germany. But my parcel should have beat the border before Brexit on the 1st January from Spain.

It’s a minefield. My wife sells hand made clothing on E bay and buyers from the UK are all moaning about
having to pay 20% on top of the sale price.

The Sevilla on line shop is working ok here, I ordered a shirt a few weeks ago using my free voucher given out for not asking for a season ticket refund and it arrived 3 days later,

Quick update. So after speaking to the online shop on twitter they said today that the parcels were refused to be forwarded past border control (Brexit) and sitting somewhere.

So I asked them to get them back and try and resend another way. I then spoke to Seur who confirmed they have the parcels at border control and they have been waiting for Sevilla to deal with getting them (along with other parcels back), so if I hadn’t keep chasing my parcel may have just been stuck at border control forever, or well, until they probably destroyed it.

No idea what is going to happen now. I had the same with an order from Bayer Leverkusen which did turn up about a week late. I don’t have such faith in the Sevilla shop though.

Similar thing happened to me towards Q1 of last year. Set in customs, got returned to Spain and then reshipped. INTL shipping sucks and now with the Brexit it has to be even worse. Sorry you don’t have your winter gear yet to wear in well…the winter.

I don’t know if the tone is too shitty, and probably Google translate won’t help, but just sent this email again to the Online Store trying to get them to do something about my two orders from 15th and 16th December 2020.

I am contacting you again to try to find out what is happening with these two orders that I made on December 15 and 16. They told me they were back with Sevilla FC a few weeks ago, but having spoken with the messenger Seur, they have informed me that they are sitting somewhere in Burgos waiting for someone from the club to manage to resent me. Seur’s tracking numbers for these are, # 6504315 and # 6503164. I’m sure you agree that this has gone on long enough. And I must insist that my orders be located and shipped with a much greater sense of urgency than appears to have been the case thus far. I appreciate that there have been issues regarding Coronavirus and Brexit, but I don’t think enough is being done, especially as I have been continuously lied to about the whereabouts of my packages. Someone needs to answer me about what you are going to do about it today!

Sorry the English version is a bit off as I translated it to Spanish then realised I had closed the window and then just had to translate it back from Spanish to English as I couldn’t be bothered to retype it again.

I actually got a response today.

"Good morning, your orders will leave our facilities again today. All orders to the UK were on hold. If we have no customs problems, you will receive it in 5-10 business days.

If you have not received them by the end of next week, please let us know by mail and we will claim it again. Sorry for the delay.

Fingers crossed Customs aren’t twats again! Ordered a Sevilla Atlético Shirt and Face Mask yesterday. It will be interesting to see if that arrives before the orders from December now.

The parcel came with an invoice numbered 12338, but with a list of items from 6093 order, funny that seeing as the two orders were made 6 weeks apart, and supposedly 6903 and 7054 were sent weeks ago?

Opened the package, and in it are three items I haven’t ordered. None of the items from any of my three actual orders, just these three. FFS!!! 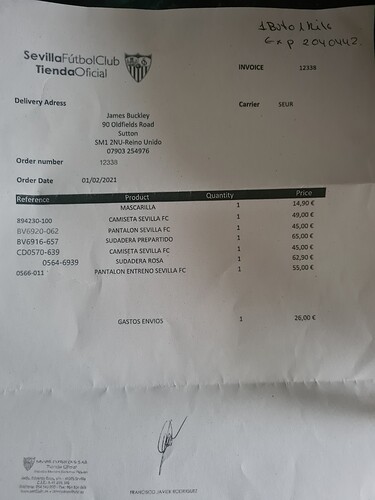 Three items that came in the parcel: 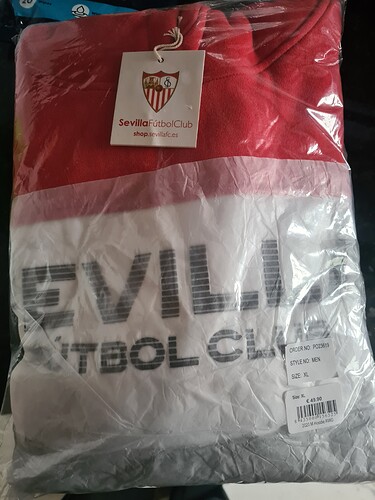 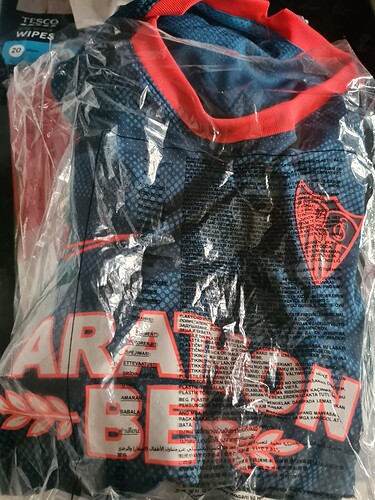 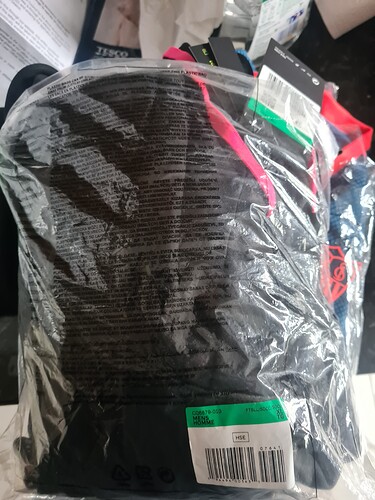 This has seriously put me off ordering from the official club store again in future. How do you get it so wrong?!

Look what has shown up. Only almost 2 months late. 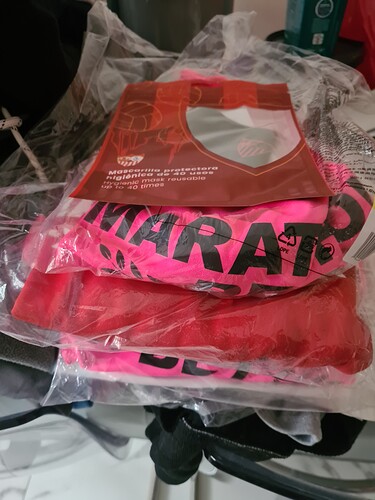 Well this has taken another turn…

Received a customs bill this morning for £111, apparently the sender has said I should be the one to pay it. So you want me to pay the customs bill even though the order was supposedly sent before Brexit even happened…

Brexit eh? The gift that keeps on giving.

Just a thought Jim, If you are thinking of buying anything else from the store this year, wait a while.
We are hoping to get over as usual again to the UK for the summer (if restrictions are lifted)
so if you want, once we know we can travel you could always give me your order and I can get it sent here and then post it on to you when we arrive.
That way there will be no extra costs to pay.

Cool cheers Brian will bear that in mind. I have actually emailed FedEx as I was advised that if I can prove my order was before 31st December 2020, then I might be able to get out of paying it, so I’ve sent over my emails from when I ordered with the dates and also screenshot from my online shop account, so see what they say.

That’s a great offer Brian. What a freaking community we have built here!