Diego Carlos makes his first roster for Brazil’s senior team for their World Cup Qualifiers. I’ll update this as more rosters are announced.

Jesus Navas called up again for the friendly against the Netherlands and the official matches against Switzerland and Germany to close the group stage of the League of Nations next week.

Acuna and Ocampos called up for Argentina

Kounde called up for the French u21 team

Bloody hell, Enrique just loves picking and running Navas into the ground does he, Carvajal is injured so the backup for RB is Sergi Roberto… needless to say he will start Navas and playing him for the full 90 for at least 2 of the 3 games, so he’ll come back from the international break with no break at all

Munir been knocked back again in an appeal to represent Morocco, so where does this leave him?

This is a very irritating situation for a player. FIFA is to blame for the unnecessary bureaucracy and stupid rules. This has been going on with Kosovo NT as well, many players weren’t allowed to register for the NT and then some rules changed, then they were still not allowed etc. It’s a mess…

By the end of November we could have things looking very good, fingers crossed. 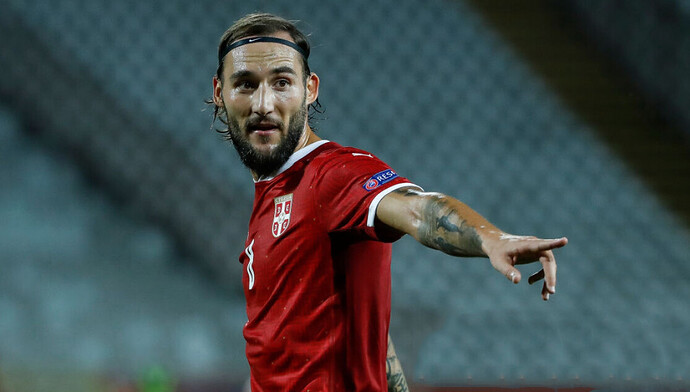 Sevilla FC on tour: Who, what, where, and when

A good guide for when our guys play.

Our boy Luuk gets the start against Spain’s interesting lineup today.

Luuk had the chance to win it for the Dutch, but first touch let him down. Really poor, but on the 88’ so his legs are a bit gone I think.

I didn’t know that the NT’s could still get the players if the club didn’t allow them. Hope he won’t make the injury worse then…

Netherlands beat Bosnia 3-1 tonight and it’s the second match in a row that De Jong plays the full 90 mins. He is becoming a crucial part of Netherland’s NT and that can only be good for us - because there is a lot of quality in that NT and they also play with 4-3-3, so he can only benefit from that.

He was indirectly involved in the first two goals by dragging opponent defenders. The best thing is that he is not the type of player to cause disruption and has a very good relationship with YEN as we can see in the dressing room post-match, in the pitch during the game, while subbing etc.

The only bad thing is that he’s 30 already, but the way he plays, I can see him keep it up at the top level for at least another 3-4 years. We have him on contract until the end of 2022-23 season so it’s all good.

Off topic as far as Sevilla internationals, but so pleased to see Unai Simon finally getting a chance for Spain ahead of the two useless twats De Gea and Kepa.

Germany are done now. To be honest in International football bar Italy and maybe France there isn’t anyone who really blows me away right now.

Nice to see Unai Simon start again, and a clean sheet too. Finally the rightful Spanish Number One is in Goal.