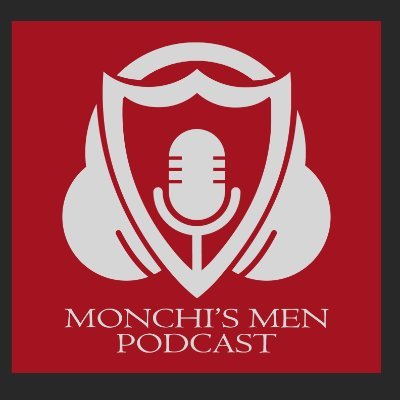 Thanks to @alexanderlouisortiz for joining us!

I haven’t seen all the backstage things but do sense as well, the atmosphere going downwards. Ocampos is exactly the guy who wants to show it outwards and doesn’t have the control or behaviour to be sat down (eventhough its well deserved). For Acuna I don’t know where it’s coming from or if it’s because he’s best mates with Lucas or because of the Argentinian comradery but if ‘big’ players decide to work against the coach, things will go down fast. Very big sign on the wall. Another signpost for the Lope exit. Let’s hope Monchi and co finish the team in the best way possible, and the market finally closes, and how we get through the first coming weeks to bounce back and make something of this season or maybe find some more signposts.

Thanks for listening. It was a long episode. Haha

Got through about half before other responsibilities intervened, but I’m terms of the drama around the expulsions in this match, I think it’s much ado about nothing. The reality is that it was a pretty typical dust up in that phase of the game, and some guys don’t respond well to getting pushed around.

I hope that is the case, at least. Would be very worrisome to start having locker room drama this early. I actually hope Isco and Rakitic together can really create a good vibe in the locker room. Both reasonably agreeable guys and mature enough to have some perspective in life. We’ll see, I do think it’s important for the guys to rally around Lopetegui, otherwise we’re screwed.

On the subject of Lopetegui getting fired at some point this season…something to remember, folks: assuming they pay out for that departure, it means either we end up signing a coach who is $12m cheaper or instead of signing Acuña, we are signing Augustinsson, hands down. That’s what firing Lope does. If we are willing to take a haircut on future signings in order to solve some disastrous run of form or locker room meltdowns, fine, but I personally just don’t see things going that way. We have a Lopetegui team, albeit aging and imperfect, let’s give him a chance to play through the season unless somehow we find ourselves drowning somewhere near relegation after 10 matches.

Having said all that, if you told me tomorrow that Castro was seen in a cafe with Sampaoli, I’d say, here’s your $12m Lopetegui, take a hike. I should be bitter with Sampaoli, but I also continue to ask a lot of what ifs about that season when he left…

A bit depressing too but that’s the mood, there is something wrong and I don’t think the players are really behind Lope, if that’s true it’s invariably the grim reaper.

The dilemma is enormous, there’s never a right time to fire the manager, it’s costly but the cost in the long run could be massive and that is juxtaposed against an apparent shortage of money. Trying to ride this out will be something like poker in Las Vegas, better not to risk the house.

I’ve not been paying much attention to the finances, we received €85m for TV and performance revenue in 2022, down from €104m in 2020. Don’t know why the drop. We would normally get about €15-20m from season ticket sales and ticket sales will be a smaller figure. Marketing and shop sales I don’t know but it’s easy to see where the money goes when you look at the players contracts. We’ve also invested a lot in the training facilities.

Yeah we ran really long this week and I’m too lazy to cut anything. Hopefully, we will speed these up in the future.