Last 6 Fixtures: Sevilla has won 4, lost one and drew one. Sevilla have won the last 3 home fixtures 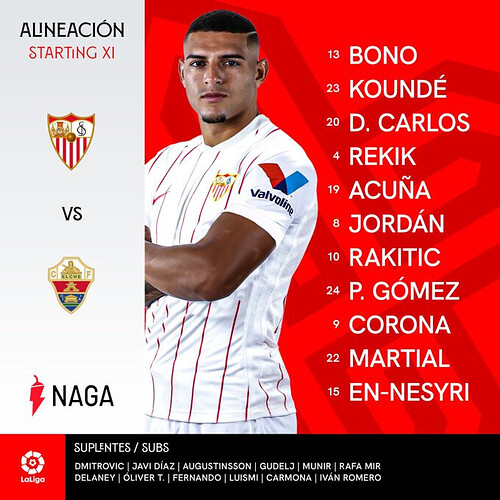 Player of the Match
Papu Gomez

I swear I really have this feeling that if Ocampos plays tonight it is gonna bite us in the ass and provoke something worse. Please recover well first. instead of half, asking for more and dragging injuries. Don’t want to experience more of those…

I prefer Corona as an attacker/winger with depth and skill, personally more so than a rightback. Eventho he can do it, thinking more about it now, I would give this chance to Valentino and keep Kounde central.

Elche missing their star Player Lucas Boye with an ankle injury, his name has been circling around in Sevilla before. Lope seems to be a fan of him, naming in the pre game press conference as well. So that’s another factor out of play.

I’d love to see Valentino or Jose Angel play RB. Why weaken our Central Defence to put Kounde there?

Plus Corona is obviously a lot less dangerous having to play RB, and it looks stupid having a number 9 play there.

yeah exactly, that would be limiting Corona, Limiting Kounde, and limiting the centre.

We should just give it to the Valentino. Jose Angel i’m not sure of still but he can do it too.

It depends how Lope wants to go. Valentino fits our typical mould of Full Back a la Jesus Navas, Montiel, Acuña.

I’ll be honest though Valentino is the Sevilla Atlético Captain and I can’t see him playing tonight, then travelling to Valencia tomorrow to play Sunday.

Elche are in great form. Will be tough one for us as lope explained. Let’s hope for the best.

Hopefully lope starts players who are all fit and ready tonight. We can’t afford to lose players in the warm up or after 5-10 mins in games like this. It just disrupts our rhythm and organisation.

I wasn’t impressed with YEN against Osasuna and don’t feel he’s fit enough. I’d go Mir up front tonight. I feel Kounde-carlos will be back at centre which is big and will be nice to see if Fernando returns. 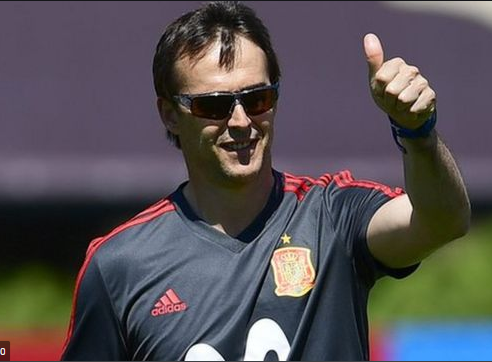 I had the feeling he was going to get injured just before he did because he was buzzing round the pitch like a blue-ass fly. Needs to pace himself.

I’m having a curry out tonight so I’ll be missing the game live. However I’m planning on watching a replay of the match on La Liga TV when I get back.

So I’m keeping off all social media so I don’t know the score. Hope it’s all worth it and we put in a good performance and result!

I might be able to catch the second half. Working until 8:47 though.

We going 3 back maybe, nice. On paper I like it.

If its another 4-3-3 with Kounde right back, i´m gonna be dissapointed.

3-5-2 with Acuna and Corona on the wings would be nice, with Martial around Nesyri.

Wow - no true holding mid. Good on Lope going for some offense.

Interesting lineup, very offensive, without a defensive midfielder. Kounde at the right back as expected. This will be a game though, but it’s time to win after a long time. Vamos!

Maybe, but I´m not a fan of moving Diego Carlos to right centre back, just to make space for Rekik. He´s way better left centre.

Like this, it would be one of the best I’ve seen us put up. 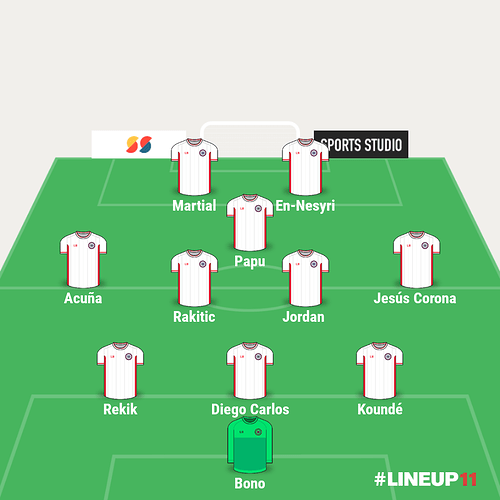 If they put it 4-3-3. We take Diego Carlos out of position, Kounde away from the centre. Too many people stay back again, and the 3 man midfield will lose control because it´s unbalanced. And we will be passing around the back 4 again.

Lope with a very attacking line up tonight. Let’s see how it goes. From this lineup it seems like we going for the win from the start. Vamos!

Lope with a very attacking line up tonight.