After a tough 1-1 draw at La Mastella, the boys are back home taking on a tough Celta Vigo team.

Here is your starting lineup: 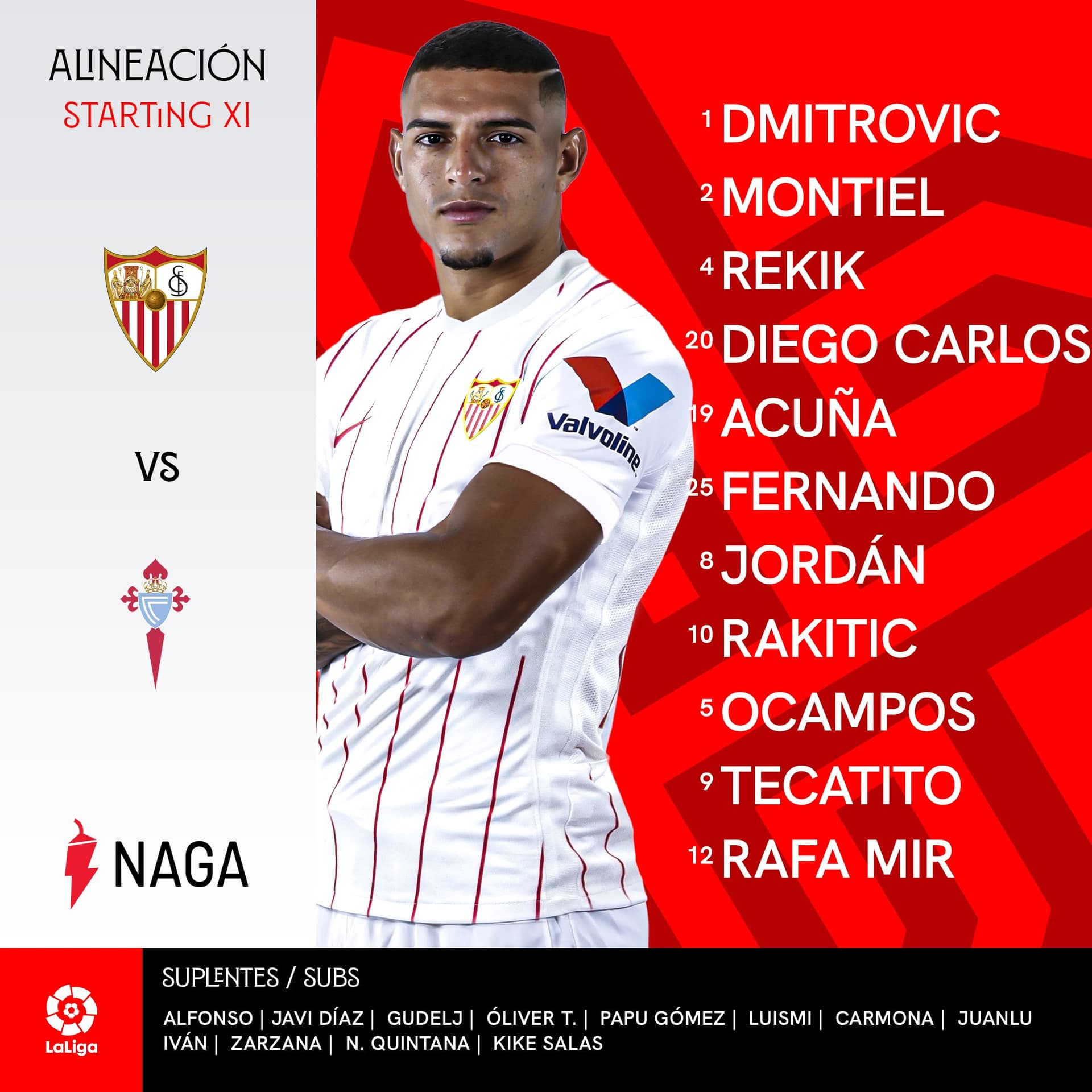 Would probably have gone with similar bar Oliver in for Jordan for me.

Sevilla v Celta Vigo, the game I went to in February 2006.

Unsurprisingly a 1-0 Sevilla win that day.

Would take the same again.

I like the line up. Nice to have dmitrovic back too. Vamos mi sevilla!

Really nice to see Dmitrovic in the lineup. Corona gets a start. I am looking for him to step up and make his presence known early.

Definitely excited for Tecatito from the start, first glimpses showed good runs and depth, even without being acustomed to the team. I believe he´ll score one today

I just hope for him to play well and adapt decent to the side. I’m not putting any pressure on him though as he just arrived and will take time for him to click with his teammates.

It’s the second part of the season where we’ve historically struggled, so anything would do from now on. Give me a 1-0 victory with terrible playing (as usual) and I’m fine. But lose or draw and it’s unacceptable. Since I cannot realistically ask for better tactics, a better performance and such, then at least just win and get the 3 points… somehow!

You want to be the new Atletico? Then do it properly and win the matches. No excuses!

Its possible, Celta do have a naive tendency just to go all out, with a lot of room to punish. But it also means it could even go their direction although it shouldn´t, our home now and we should be in control. But we definitely could have lost the away game this year.

No idea how Celta are allowed to wear a shirt that is half white… Wouldn’t be allowed in the PL.

I hope you are going to dig Ocampos out for that absolutely dreadful control in a great position there @ShendM .

Exactly what shendm stated before, how about unselfishness and increase the probability for a better chance, and that´s what Ocampos does xd.

Tecatito is going to add something that this team hasn’t had since Lamela went down. Pace!

Also two footed, like any modern footballer should be honestly. Such a handicap still for so many profesionals.