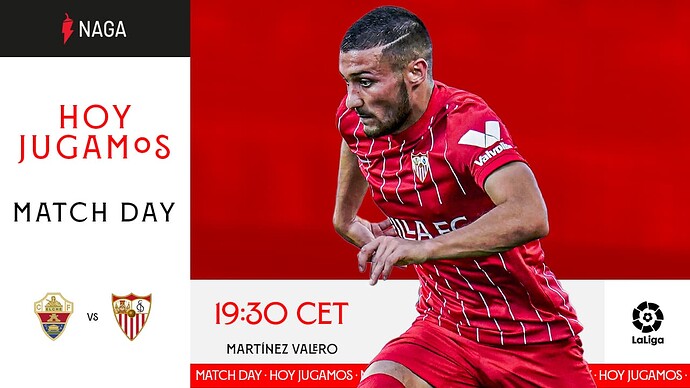 No squad list has been released, but it’s been confirmed that Jules Kounde did not board the plane towards Elche. Probably for the best, as talk about anything Sevilla FC is more centered around transfers than what’s at stake in the league. Julen Lopetegui, celebrating his 55th birthday today, looks to prepare his side for a 3rd straight win to start the campaign, preferably with an accustomed clean sheet.

Last week’s dire performance away to Getafe has quickly reminded us that we’ve not yet gelled as a team. Despite that, obtaining the desired result must certainly add-on to the belief that this squad is capable of something special this season. As seen in the move leading to the winning goal, there is still a lot of talent yet to be unearthed.

New signing Erik Lamela has had a dream start to his Sevilla career, coming off the bench in both matches and bagging 3 goals in the process. In the absence of Ocampos, he has already made a name for himself while providing healthy competition in the forward line. Is it time for the Argentine to be rewarded with a starting berth?

The international break will follow this weekend of games, but La Liga has imposed restrictions on the players representing countries from CONMEBOL. This will give a chance to Acuña & Papu to further recover, and Montiel more time to assimilate with the squad. With the fixture list already set to present its challenges in the coming month, a win here will give us the best possible advantage before a date with Barcelona at the RSP.

Will Sevilla go 3 for 3 and retain top spot in La Liga? 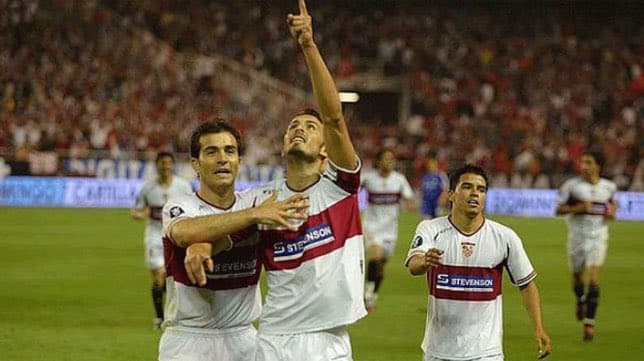 3 points and nothing else. We need all the momentum going into the very important match vs. Barca after the international break. 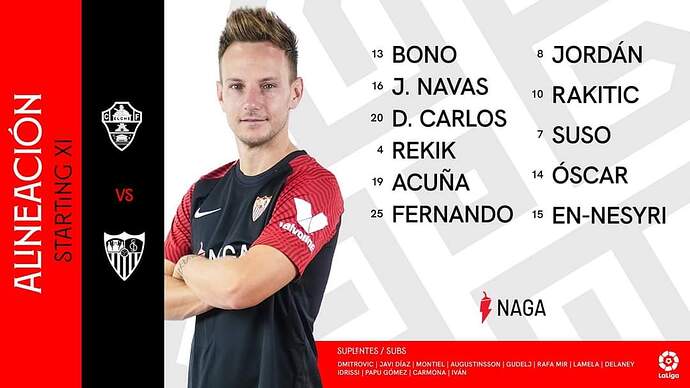 First half probably 0:0, then in the second we should win the match.

Lamela still doesn’t get the start over Suso… what does he have to do to get it? Score a hat-trick every match!?

Won’t be an easy match this! They are a very organised team and have a decent defence. They made it uncomfortable for Atleti last week. We have to be patient to break them down and stay alert at the back.

I hope we can keep the winning run going. Vamos!

Delaney is 18 so that is Pozo’s number.

Lamela still doesn’t get the start over Suso

Working this evening so cheer the boys on for me.

I broke down and got ESPN+. Tired of only reading the highlights. :). Let’s go boys!!!

First half probably 0:0, then in the second we should win the match.

I see it going this way too. Long shots from Suso & Oscar, all while lulling the other team to sleep. Then we score and bring on Delaney, and bring it home 0-1. Happy Birthday Julen !

This should be three points but remember what happened last year in this same fixture. I hope the boys want revenge and that we can put this game to sleep in the first half, but then again, who knows

How is that not in

We might discover here how important Koundé/Carlos partnership has been. Data says Sevilla have struggled to win without Koundé

Bono is saving us…

Not a good start to the game at all