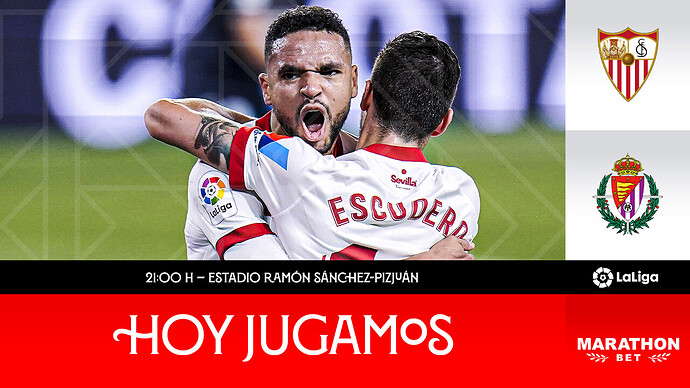 After a stumbling beginning to the month of December, Sevilla are in the process of working themselves back into winning ways. It’s been 3 wins on the trot for Lopetegui’s team, but the coach still recounts last June’s draw against our upcoming opponent:

Lopetegui: “We welcome a team with a clear ascendancy. For me, one of the squads that has improved the most compared to last year. They’ll come organized, with very good footballers, and they’re going to force us to play our best.”

Valladolid has been a tough opponent since their ascent into the Primera two seasons ago. It hasn’t quite happened that way at the start of this campaign, when they began their first 8 matches winless. They have since rebounded, winning 4 of their last 6 matches, including the 5-0 away victory in the Copa del Rey midweek. Sergio González may just have his players ready to give Sevilla yet another arduous task. 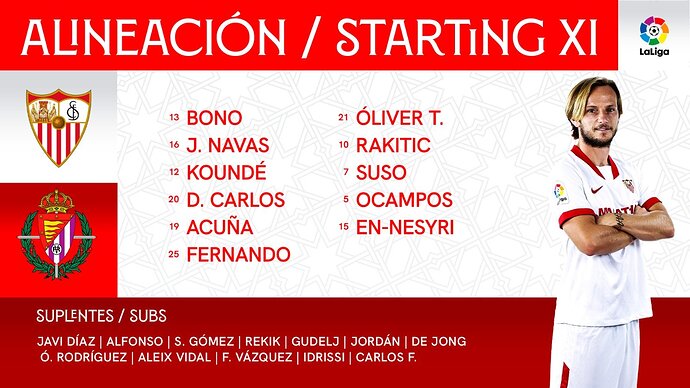 The gauntlet of fixtures that awaits us after this match is quite daunting. Lopetegui will have to show just how prepared his players are to confront the top half of LaLiga. With our sights currently on Valladolid, how different will this match be than the snoozer at Getafe?

La Liga is getting more defensive day in and day out. I wouldn’t want it to be another Seria A. Teams are defending like crazy, we have seen it this season so far. Take Getafe match last week, two defensive teams and it was eye straining to watch. I mean, La Liga’s reputation is at stake.

I am afraid Valladolid match will be no different.

I wouldn’t want it to be another Serie A.

Serie A hasn’t been a defensive league in years. I don’t have the stats, but i’m sure it’s had a higher scoring average than La Liga for a few seasons now.

Match preview is up 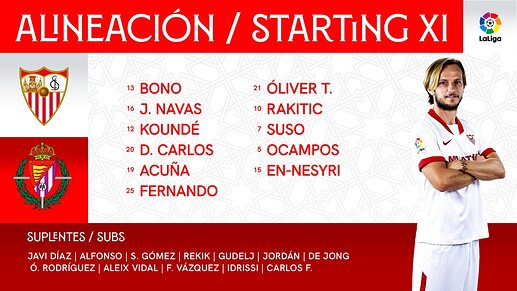 Alright enough praise to Valladolid. I hope he is talking out of courtesy. Literally zero excuses I wanna hear tonight.

Best possible line up, could argue Jordan instead but its close enough to our best so let´s put something on the table tonight.

Would be a good day for Ocampos to actually bang a few goals in.
Gil Manzano is ref today (insert ‘oh dear’ emoji here)

Yeh good chance, has to sit. Ocampos send away 1 on 1 by Rakitic, ends up lobbing it too long doesn´t drop.

I think Oliver is doing great, really active with his runs between the lines. Not always found but good movements.

That nutmeg by Koundé…

Was that Acuña, sending away Nesyri almost free for goal, Goaly just gets it. Close call.

Ocampos really needs to stop taking those long shots all the time.

Pretty harsh penalty there. Ocampos to take and hits.

And Ocampos makes it 1-0

Imagine praying as hard as Lopetegui, at a 0-0 score against Valladolid in the first half.