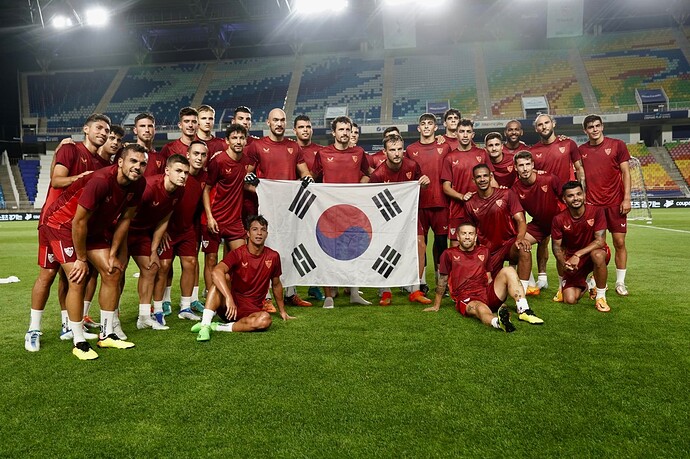 It’s the early stages of Lopetegui’s 4th consecutive season at Sevilla, with Tottenham as our first pre-season test. The squad has been training in Seoul for a week, preparing for the friendly match in Suwon for the Coupang Play Series. The entire squad is in South Korea, minus Kounde who’s still recovering from surgery last month (or anticipating a transfer.) The group also includes new Brazilian signing Marcão, who Lopetegui confirmed will not be taking part in Saturday’s friendly, despite being in every session since his arrival. Therefore, with the exception of a few academy players, the team will have a rather familiar look against Conte’s Spurs, as no other new faces have yet to come. 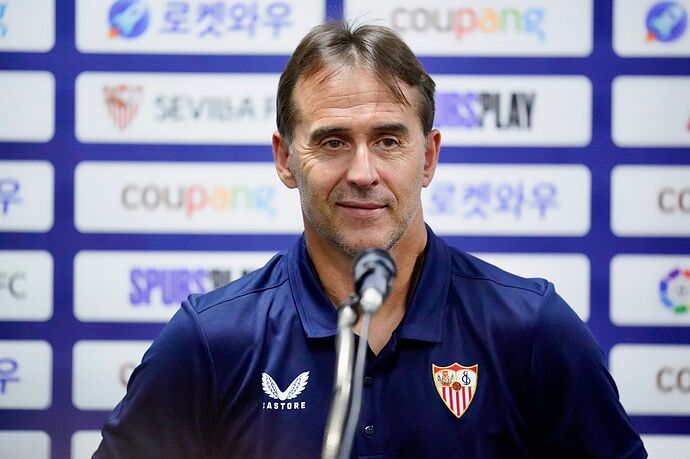 Gonna be tough to wake for this one, but I’m craving some Lopetegui ball! haha

Even though it’s just a friendly, always exciting to see us back in action. The new la liga season isn’t far away so let’s see what we got. Vamos! 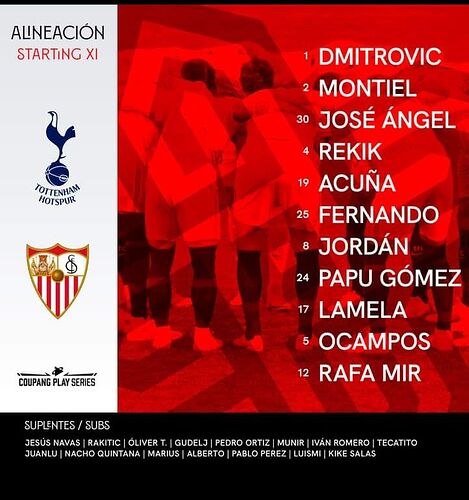 Kinda weird seeing a pre-season friendly with and almost identical squad as the previous season. ± a few canteras.

So Marcao not playing because as Lope explains ‘he’s not up to pace’ … this has got me a bit confused as to why we play pre-season games.

Sevilla FC TV website giving me all kinds of trouble in the registration process, and now I can’t even log in properly. Too slow… what the hell? 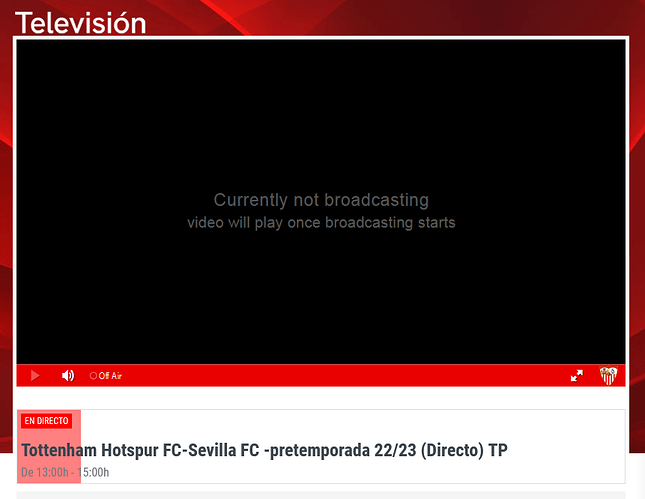 I read today that it’s only available on the terrestrial TDT Broadcast and not the internet, and I also read the exact opposite in the same news.

Oh god… they have Richarlison…

The crowd whenever Son touches the ball…

It’s just great seeing Fernando back by the way.

Sorry y’all, i thought this would be on YT channel