Continuing the discussion from UCL MD5: Sevilla FC vs Copenhagen [22/23]:

here are the EL prizes: 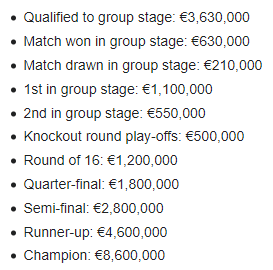 And the prizes for CL: 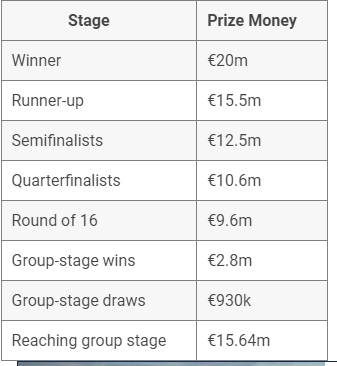 Anyone want to know the GREAT news about this information?

That Barcelona is going to be even more bankrupt after this season than they were going into it. I can’t imagine the people in their board room wondering what kind of new “palancas”/levers they can pull to sell even more of their future incomes.

How they hell does a team with that kind of talent end the group phase only being able to beat their Pot 4 rival, pick up one draw and one tie from their Pot 3 rival, and more than likely lose twice to their Pot 1 rival. In fairness, yesterday when I commented that Sevilla had the hardest drawing for a Pot 2 team, I realized that I needed to add a caveat because I think Barcelona’s draw was basically identical to ours. Among the hardest Pot 1 rival, the hardest Pot 3 rival, and a Pot 4 rival that at least makes teams work for their victories (Plzen have scored against both Bayern and Barcelona this campaign).

Anyhow, hoping for Barcelona to financially crash, is it just me?

Anyhow, hoping for Barcelona to financially crash, is it just me?

I wish, but it will never happen. The Spanish government and RFEF will figure out a way.

I’d only argue that Dortmund is better than Inter.

Red meat to the base! Evergreen topic! 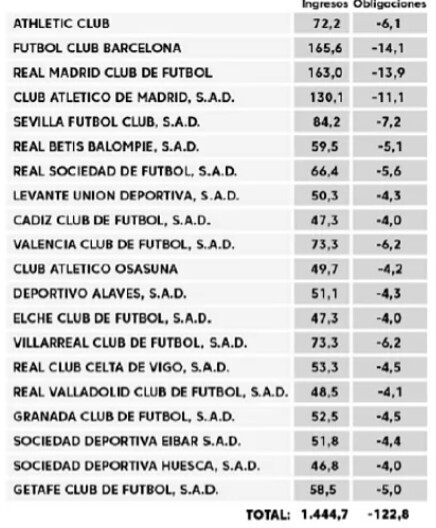 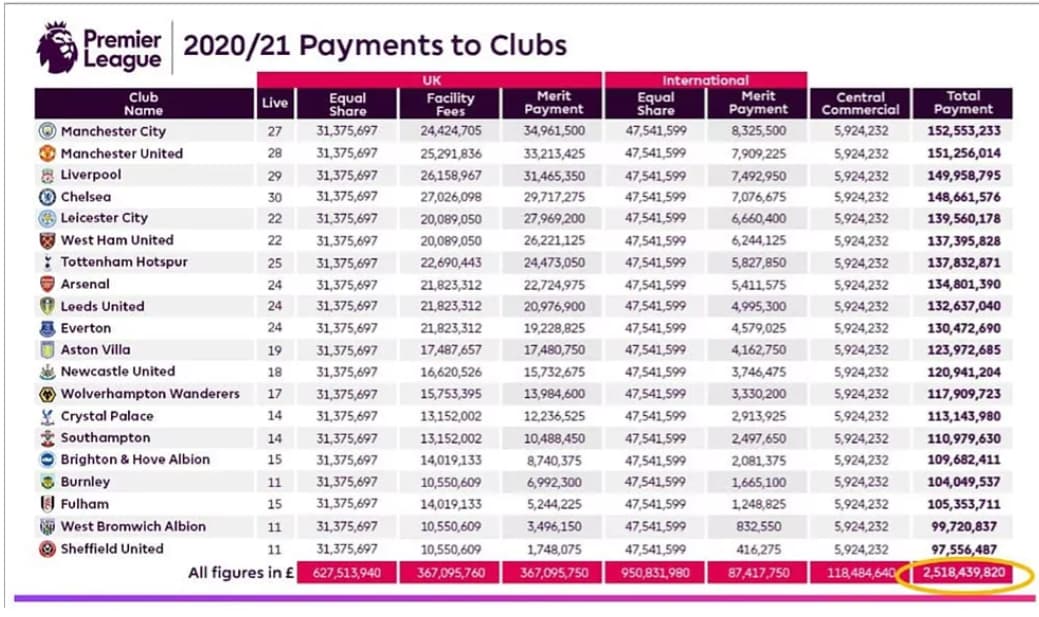 I do remember this having once been far worse… but not sure I’m holding my breath for much meaningful progress.

Talk about an easy group and losing lots of UEFA money, look at Atletico this season.

Things could get messy for them if they lose to Leverkusen tonight.

Does this mean Sevilla gets to be the second most powerful team in LaLiga after Barcelona and Atletico are disbanded and sent down to La Liga Smartbank? I trust the answer is yes.

Honestly, I didn’t even mean to go down the tunnel of TV revenue sharing…it’s more the same question I have when I see the guy with no job, no income driving a Mercedes, wearing the nicest clothes, and living in a giant house. You think to yourself, “At some point this dream comes crashing down around him, right?”

aaaand… Atleti eliminated as the tie wasn’t good enough. win and they still could’ve controlled their fate against Porto in game 6. but, guess there is very strong La Liga representation in EL this year.

Talk about an easy group and losing lots of UEFA money, look at Atletico this season.

Wouldn’t go around laughing at them too loudly. We had arguably the easiest group stage last year with a depowered Lille, on-the-rise RB Salzburg and in turmoil Wolfsburg then managed to royally f*ck it up. Cheers Lope that was when you absolutely convinced me you were a lost cause.

We make more than 10M less than Sheffield United!

It has always been this lopsided, aside from Barca and Real sucking around 25% of the total revenue the TV broadcasting rights and such give the PL an ungodly advantage, 100m for a relegated team means a number of teams are content to be perenial one season wonders who get promoted to the Prem for one season then go back to the championship to do it all over again. Norwich have dominated the championship and then become PL whipping boys but have got a cool 300m for their efforts.