Cannot wait for this… The chance to progress further in the Copa del Rey against a well below par Valencia team, surely we shall be lacking our lips with anticipation. Thankfully for those of us in the UK this will be shown on Premier Sports 1, from 18:00.

Not sure of the format mind you, if it is anything like the Cornella v Barcelona game I saw on there last week, there wasn’t even commentators, which kind of took away from watching it to be totally honest, but we shall see.

How strong do we go squad wise? I cannot see us making many changes now as the Copa surely takes a bit more priority with the League gone. 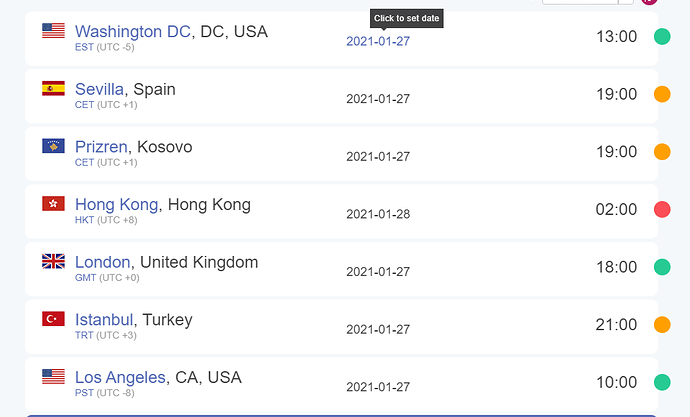 I think we should play the first team, I have never seen a more perfect opportunity to win some domestic silverware than this season

I’d like to see YEN start for continuity, but it’s ok since it’s CDR.

I’d start LdJ to be honest.

I see Vaclik and Escudero are back training.

LDJ has to get a run out. What I don’t want to see is YEN and LDJ on the pitch at the same time with YEN playing wing.

Now that wouldn’t be good

I don’t remember when LDJ scored his last goal.

Don’t want to see YEN injured, give him a rest and perhaps last 15 minutes if needed.

I don’t remember when LDJ scored his last goal.

LDJ has only scored 1 goal since October, and it was in the CDR. 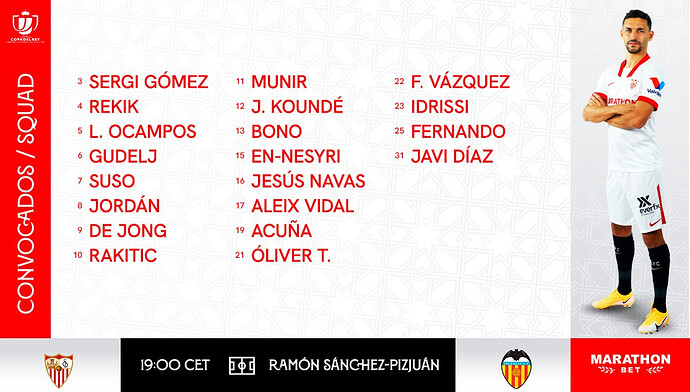 Squad for tonight, 20 players called up, the missing.

Probably too late to be included for Papu, he’ll most likely get called up for the match against Eibar.

If we don’t sell or loan out Gnagnon and sell Mudo there will only be potential disruption in the team. We don’t need either at this point.

The line ups. I think it is fair to say from Valencia’s they aren’t seeing this game as their priority then? 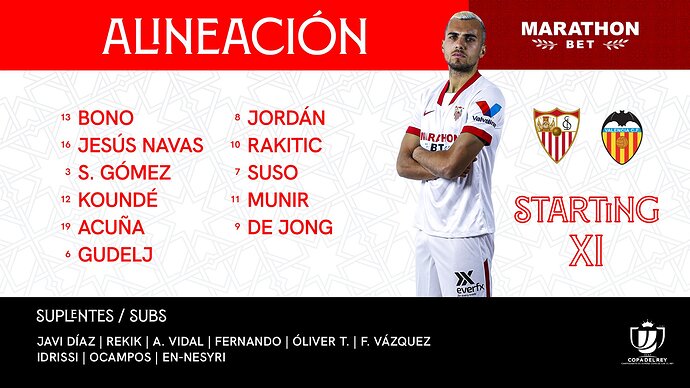 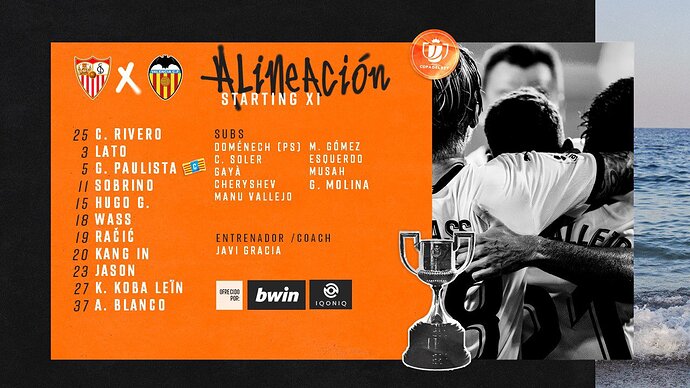 Strong XI. Lots of respect for Valencia who will def park the bus this game.

Among the attackers, i think De Jong plays best with Munir. He’ll also have Navas’ crosses.

Wow - surprising given this is their only chance of a trophy + only chance of making any money next season from UEFA. (assuming Copa still get through to Europa, I can’t remember if they got rid of that.)

Can Papu play right back? He might have to if we fuck around and hurt Navas. haha