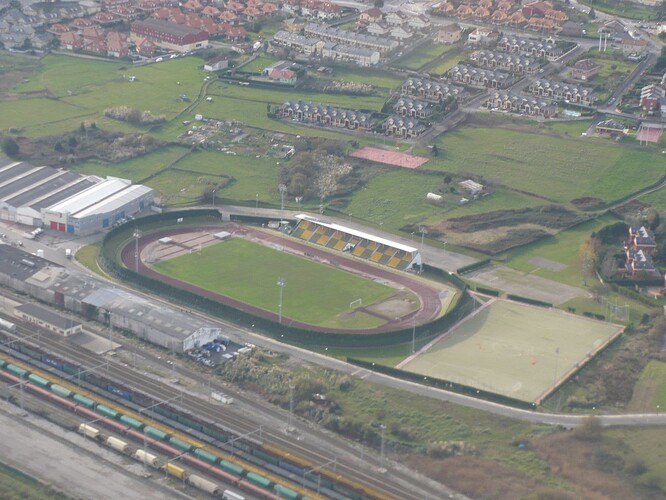 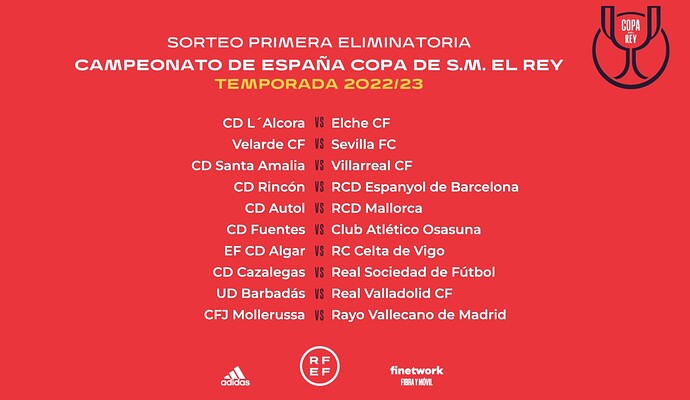 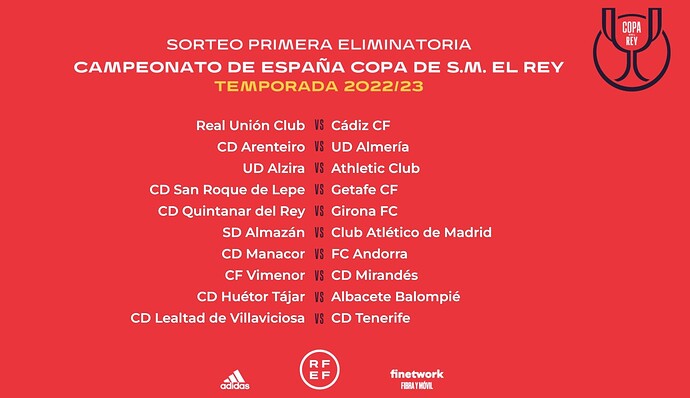 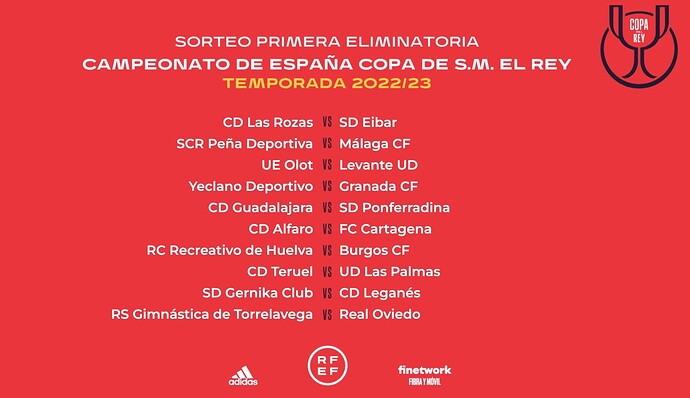 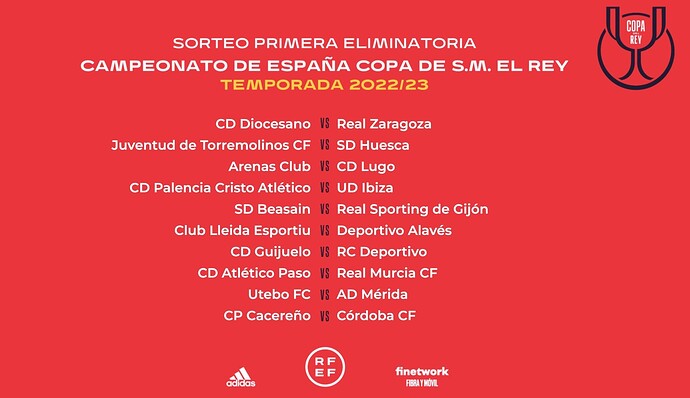 I’ve never understood this format, seems so wasteful of everyone’s time. Of course there’s always the occasional Alcorconazo, but it seems like not enough payoff for a very slow buildup to the real Cup. The lower divisions should have to play through some extra rounds like the Champions League playoffs if they want their chance at an Alcorconazo.

For example, tried to scan the left side of the list for a single team that had EVER been in first division and was hard pressed to find one. Hell, most of those teams have never even made it to Second Division, and I suspect plenty have struggled in Third.

The stakes of modern football are just too high for this kind of childish stuff. Don’t get me wrong, I love the Copa del Rey, but I just think you could vastly improve the format without sacrificing the exciting unpredictability.

PS - The only real charm in this model is that the big teams visiting surely helps bring some much needed cash interaction into the coffers of these small clubs. I can appreciate that, but let’s use some kind of Robin Hood tax, not some match which I’d entitle: “try not to get injured while making sure you don’t let this canteranos lose the match and cost you a chunk of your yearly budget”.

Keep it sort of regional for first round or two. Last thing we need is a trip to bloody Santander midweek right now.

Keep it sort of regional for first round or two

That should’ve solved it.

Sixth tier I think? That’s like a Premier League side playing a Conference North/South team.

So a huge gulf between us on paper but I still think that’s the beauty of the cup, more for smaller sides to test themselves against the best teams and a good payday for them.

I don’t mind it, but some of those pitches are terrible and players are a clump away from an ACL tear.