I’m new here as a former Inter fan who was disgusted by the ESL attempt and I am interested in the financial situation of Sevilla FC? Inter lost €200 million plus due to the pandemic and is looking for new owners or part owners to inject cash. I have noticed talk of potentially selling Kounde and or YEN and am interested if this is due to pandemic related debt? YEN has far more goals than anyone else on Sevilla so that would be a tough replacement. I guess Kounde being a CB may have a much cheaper replacement available on the market so I would understand wanting to cash in on a sensation. I also understand that Sevilla is both a buying and selling club and that Sevilla will likely always (or at least the near future) need to cash in on valuable assets from time to time. Thank you

I wouldn’t say the club probably has much debt, but the thing with Sevilla is we have a system where we bring in young players, or players who have perhaps flopped a bit elsewhere and we reinvogore them.

Buy cheap, sell high (or at least for a profit!). The club back in the 2000s used to also have a top academy and used to being through young players for next to nothing then sell on. Trouble is we started to chase the dream in the late 2000 - early 2010s and splashed loads of stupid cash and ended up in debt again, and gave up on the cantera (academy).

Kounde as an example we paid about £22.5m, and will likely sell for close to £70m or above. That money will then be recycled into the team for 2 or 3 players.

By the way I am an Inter fan (have been since about 1994) and I miss the Massimo Morrati days. There is something off about how the club is owned by the Suning group. Plus when Sevilla played Inter in the EL Final I was disgusted by the way the Inter fans spoke about Sevilla and the amount of shit they were saying on there. Monchis Men is by far the best fans group / forum that I am part of. People have differences of opinion, but people discuss it and move on, never really see any arguments on here.

But as for your question, whilst there might be some sort of debt, the club is effectively run to sign low, sell high, put the money back in to more players. It’s trying make us self sufficient and not having to resort to paying £50m to compete. Look at our team now, and how close we are in the table to Real Madrid and Barcelona. According to Transfermarkt our squad is worth about £333m, RM is valued at £671m and Barcelona £741m.

Thank you. For me Suning helped bring Inter back from the abyss so I won’t fault them completely. ESL was a bridge too far. I’ve watched Sevilla win many Europa league finals and I’m also a casual La Liga fan in general (hate the wealth advantage of EPL teams.) As much as I’ve ever liked a team I’ve found that I just love the sport, I’m not sure anything in sports beats a second leg of a Champions league knockout where one team needs a goal in the 80th plus minute to avoid losing the tie. My team in the US almost moved to Austin Texas until our fans protested and the Cleveland Browns owner came in to buy the team. I hated the despair that I felt for a year plus about that and when I saw 12 greedy owners try to exclude everyone else in Europe, it brought back those same feelings.

Sevilla FC appeals to me partly because they aren’t playing the same debt/ spiraling purchase price game of the wannabe ESL teams. I’d hate to see Sevilla long term move into Barca and Real Madrid level success, just to become them with debt and exorbitant transfers.

Sevilla is a very beautiful and very hot city. In 2005 I was studying in Malaga and went to Sevilla for 3-4 nights. I was bar hopping throughout the city and got to watch that famous Liverpool Milan CL Final. That to this day may have been the most fun night of my life so I often think about the sites and sounds along the guadalalquivir and reminisce. This was all just days after

qualified for CL for what I believe was their most recent trip so it was a decently big deal in Andalucia if I remember correctly.

I hate to be a guy who changes teams but i was already distressed about the possible sale of Inter to Saudi Crown prince (and journalist murderer) Bin Salman and then ESL happened and I couldn’t just sit back and support them anymore. Sevilla has always been one of my favorite places even though I’ve spent a short time there. I hope to develop a long term relationship with the club but given the emotions of the last week due to ESL, I guess I’ll just watch the games and see.

Thanks for the kindness everyone.

@Bucksandreds I really think watching Monchi’s Masterclass series will give you some insight into the backbone of our financial culture. 13 episodes, subtitled. I learned a lot listening to Monchi’s philosophy. 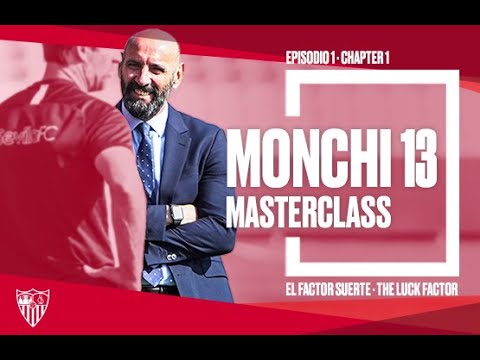 The data is based on revenue from season tickets and match tickets, television rights and income from commercial and marketing ventures

This is an article from the start of the year. So we must be financialy pretty good, against other teams in Europe.

Thanks. I’ll check it out

And that article is amazing. Sevilla actually increased revenue the first season of the pandemic. Thank you

@Bucksandreds do you follow any teams in the major US sports out of interest?

He did mention that he was a Columbus Crew fan from the MLS. Not sure about the other big 4 and or college.

Columbus Crew in MLS, Cleveland Browns in NFL and Ohio State Buckeyes in College Football. Outside of 2 semesters studying in Mexico and Spain, I’ve spent my whole life in Ohio. European soccer is the only sport I follow any team outside of Ohio. I was vacationing in Italy in 2011 and got caught up in the Inter hype back then and proceeded with years of terrible teams only for this ESL to go down (and possible sale of the team to a murderer) when Inter is about to win their first Scudetto in a decade. I’m a sportsaholic. American football in fall and early winter then association football late winter through summer.

I mostly just watch CL group games during American football season (except when the Crew make the playoffs) as Ohio State plays on Saturdays and the Browns on Sundays. I haven’t gone a week without watching sports since childhood besides early coronavirus.

My main US sports love has always been NBA, I’ve been an Orlando Magic fan since 1994, back in the old Shaq and Penny days.

I started watching NFL around 2007 and ended up picking Carolina Panthers as my team (it could almost have been the Seahawks but I got talked out of it).

And I started watching MLB 2 years ago when we had the games in London and I love it and support Seattle Mariners.

Completely unintentional, but none of my three teams have ever won a Championship.

I’ve watched the Magic and Panthers lose a Finals / Superbowl mind you.

I saw Shaq and Penny play in person in Cleveland V the Cavaliers in the 1990s. I can enjoy NBA when I see it but I never actively seek it out. MLB could disappear forever and I wouldn’t notice. Baseball was my favorite sport as a child. my username has been bucksandreds for 20 plus years. Bucks as in Ohio State Buckeyes and Reds as in Cincinnati Reds. In the 1990s and very early 2000s, those were my 2 big teams. Barry Bonds cheating his way to the home run kingship was the last time I sought out baseball. It turned me off to the sport. Once you leave it, it’s hard to get back into since it’s so slow. Curiously, that’s just the username I use now and probably forever just because that’s what I have always used.

And I know what you feel about a team not winning a championship. The Browns have never won a super bowl. I’ve luckily seen the Crew and Ohio State win 2 each and even the Reds in 1990 when I was a kid as well as my home state Cavaliers win the NBA in 2015. I’m no championship hunter though. My state has just luckily had a lot of teams win titles. I guess they’re due for a long drought.

The Pete Rose cheating didn’t turn you off but the Bonds stuff did?

Sevilla do not have the deepest pockets but are probably the most solid ‘la liga’ club financially with substantial real estate assets, abundant liquidity and I would imagine a triple A+ credit rating.

In other words, the club is more business than club which mean it doesn’t need to go begging to Banks and be restricted by the attendant limitations.

It’s also telling that Sevilla will continue to report profits despite not having the gate receipts of pre-Covid football.

Didn’t he get beaten up by Kane every year at Wrestlemanias?

The UK channel 4 had Italian football in the mid 1990’s and I never missed the Sunday game. Remember watching Gianfranco Zola, Gianluca Vialli, Fabrizio Ravenalli, Pepe Signori, Boksic etc. It was a golden age and speaking of the Croat Boksic, the war in Yugoslavia split into the country into six? countries that hold their own. Maybe a united Yugoslavia would have won the Euro 96 but they were expelled and Denmark came in (and won it). It also caused the Rakitic family to flee to Switzerland.

I think Pete Rose got banned when I was five or six. I was born in the 80s. Also, if I’m not mistaken Pete Rose bet on his team to win and supposedly never to lose. I see why that would be against the rules but if it’s accurate that’s not cheating. Rose is a douche and I’m not defending him as a good guy. It’s possible because I live in Ohio I’ve been misinformed about the extent of his gambling, as well.

Yeh, 96 was another thing. At my age these thing merge into 1.