Ok folks. Now that we have some spare time due to the international break, it’s time to move away from the discussion of the recent situation with our beloved club and have some fun.

This is a bit of a click-bait title because of the recent world events with the invasion of Ukraine from Russia, but I wanted to share something that I’ve experienced and it involves Russia in a way.

I’ve trained and played 11 a side (the regular football/soccer) in elementary school and high school but never made it past that. It was a mix of no extra talent, not ready to make the sacrifices needed etc. - so I wasn’t cut out for professional football.

However, I have regularly played 6 a side and 5 a side football (minifootball) for fun since high school, and up to semi-pro in the college years.

Standing 1.86 cm tall and weighing around 85-90kg were my stats throughout college (University), then afterwards it was around 90-95kg and now that I haven’t played a single game in 2.5 years due to an ingrown toenail and then I got too lazy, lost interest in playing. Nowadays I weigh 105kg and am in the worst shape ever

So I was never a decent dribbler, very good with the ball or very creative but I was rock-solid on defense, very physical and ran a lot which made me a good enough asset for my team’s matches vs. decent teams. In easier matches I would experiment a lot, go forward, have more fun, make passes, score goals etc. So I was an average player at best but with a lot of passion, which makes the difference in everything in life.

From 2012 to 2015 I led the Sports Club at my college (RIT Kosovo, a branch of RIT from Rochester, US) and have assembled teams, organized everything including fundraising for participating in International University Sport tournaments. We always participated in the men’s 5 a side category.

Fields like these were always my natural habitat in football, ideal for 6 a side games:

But when playing abroad, almost all the tournaments offered only 1 category in football which was Futsal - 5 a side played on parquet and if lucky we’d get artificial grass but everything else was the same like rules, ball size, goal sizes etc.

Due to my playing style I was not cut out for Futsal and usually performed terribly when playing it. I had a lot of issues with the smaller ball, the much faster game and very agile opponents so I only played it in these international tournaments. In order to compensate for that, I usually assembled the strongest ever teams and often from different Universities around Kosovo in order to create the most competitive teams ever. I only got to play as the leader, because otherwise I wouldn’t even make the bench

So in 2015 we participate in this tournament in Rome, Italy - one of the largest and most competitive in Europe, where teams from all over the world participate every year. It is semi-pro in nature as the Universities usually send out their best 5 a side teams.

Long story short, we were drawn, among other teams, with the Moscow State University team in the group stages. In the first match we’ve beat them 2-1 and then we faced them again in the quarters to beat them 5-2. We went on to win the whole tournament, beating Czech Technical University of Prague in the final. Here is the tournament bracket: http://www.euroroma.eu/documents/results/2015/futsal.png

Because of a tight budget, we traveled with a team of 7, one of us got injured in the beginning so most of the tournament it was 6 which in 4+1 meant only 1 sub available. We played 8 matches and often vs. teams with 10-12 players.

Below are some of my highlights against them in the first match, don’t laugh 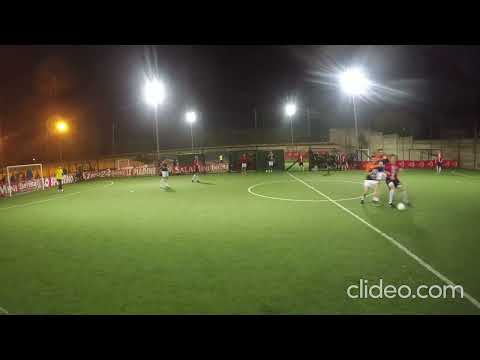 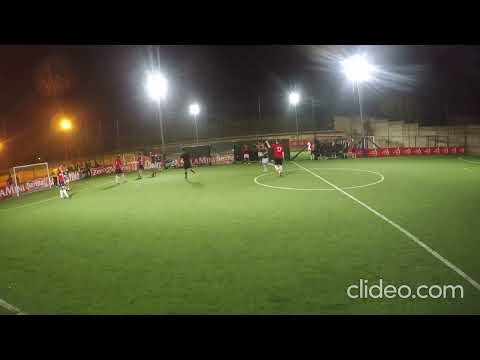 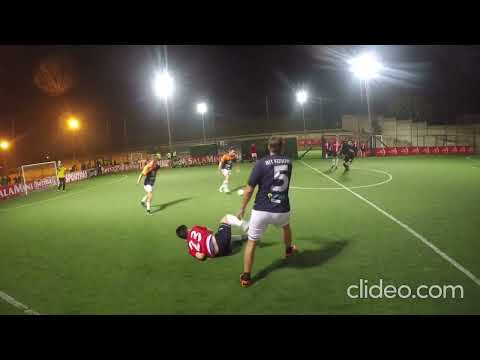 @SurreySevilla - you ready to play my team in a 6 a side, we’ll do it home-away with aggregate score

I wish I had videos of me playing, unfortunately not many if any. I have quite a few photos though, mainly when I used to play in the annual Crystal Palace v Brighton Charity REMF game. 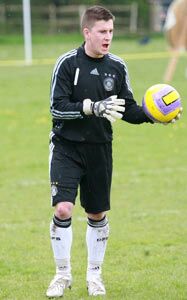 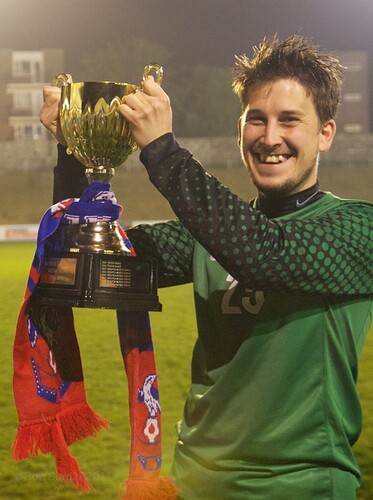 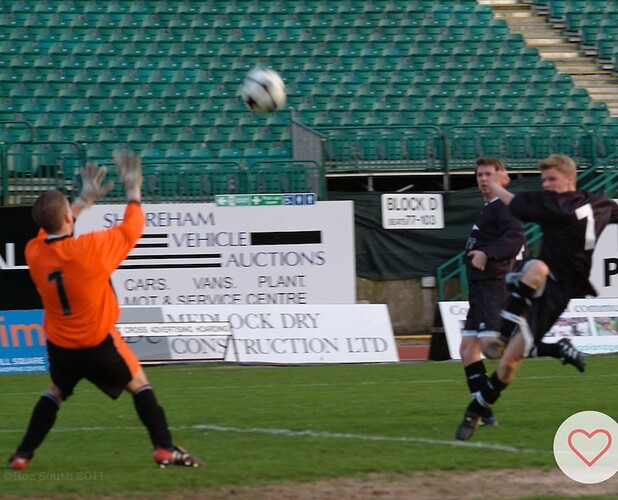 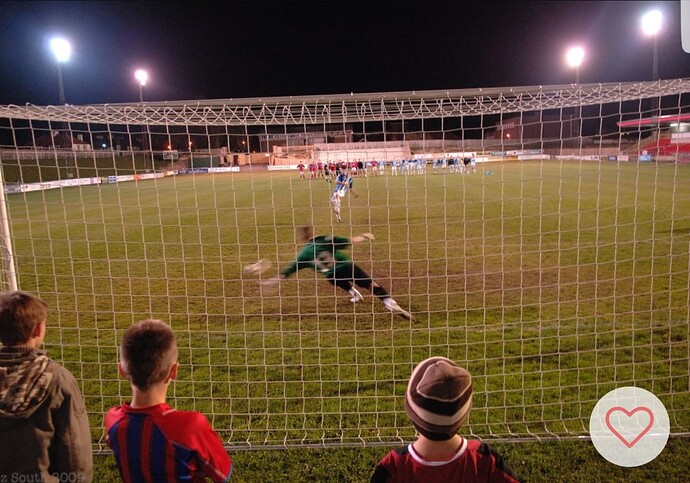 I pity every moment that I haven’t recorded and out of countless matches that I’ve played only like 2-3 have video materials. Not even my best performances, so it’s a real shame for not doing that. Memories are a great thing and nothing beats videos, but even photos are awesome. 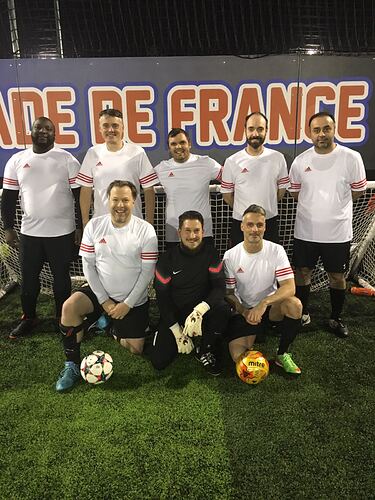 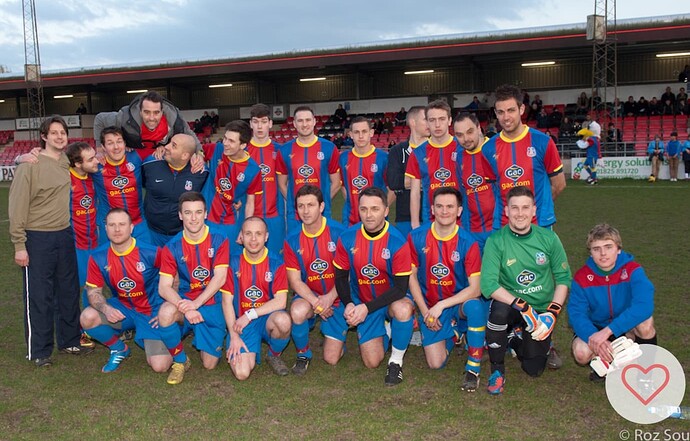 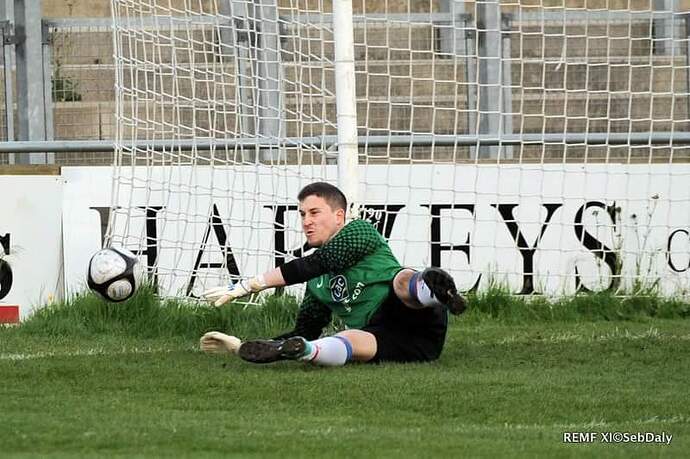 Championship Winners, won 10 out of 10 games. 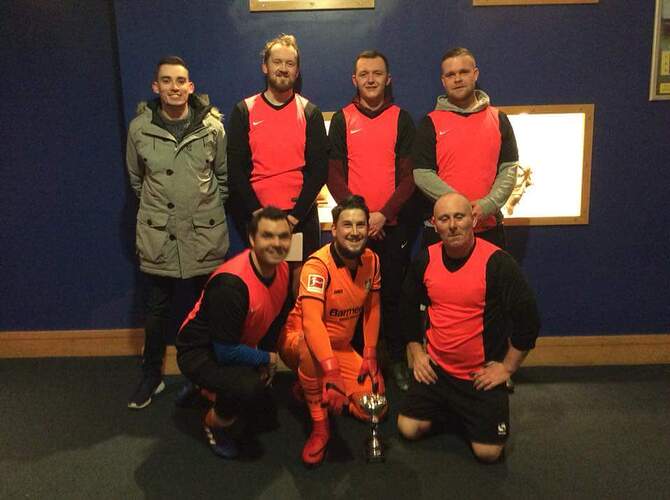 Next season Premiership Winners, Won 9 out of 10 games. 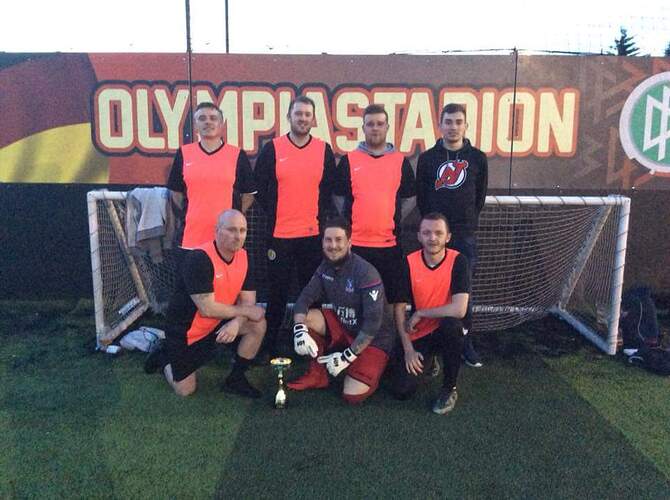 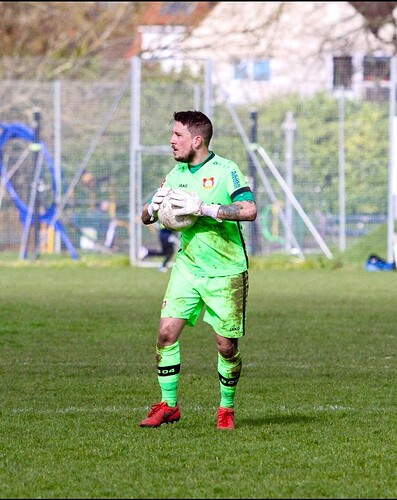 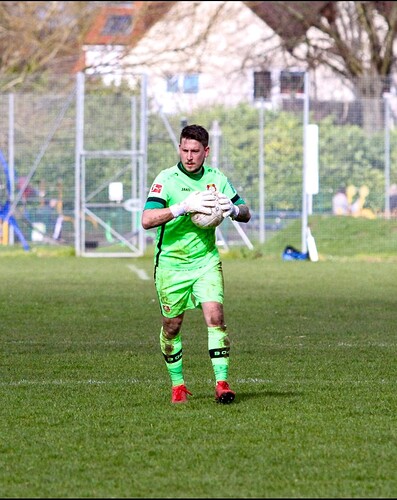 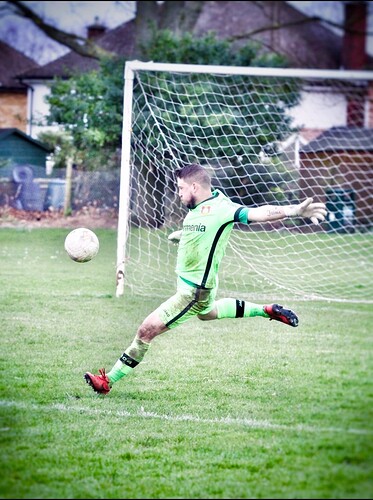 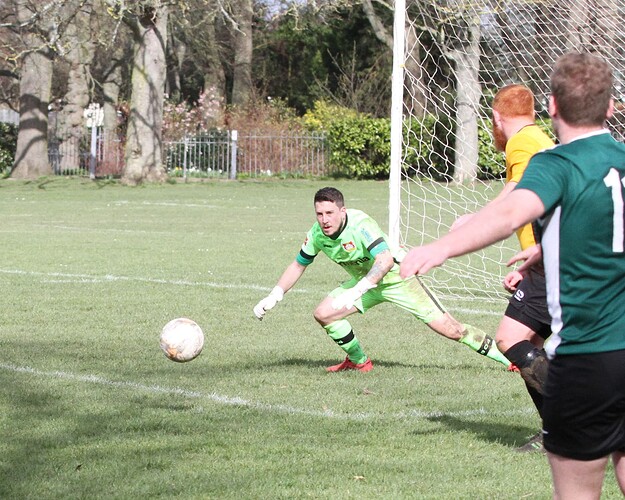 Last ones for now… Taken in March 2020, literally about 2 weeks before the first Covid Lockdown. My team were on course to win our Division and then Covid struck and unlike other leagues who decided their divisions on Points Per Game, our League just voided the whole season.

Literally the most farcial decision ever and the reason why I have still yet to win an 11 a side League title.

A friend of mine lived in London for a while and I always found it interesting about those goal forms in your version of 5 a side - it encourages precise technical shooting and passes, but then even in Futsal you can sometimes power shoot and score. Must be weird to be a goalkeeper between those posts lol.

Back then people used to play 5s like they played 11s. Now the little shits literally do tricks and flicks and shit then smash the ball at you, at like 90mph from a yard away. I decided I didn’t have a death wish, and wanted to go back to playing REAL football.

This save doesn’t look all that really, but at the time I just remember thinking ah fuck I need to get something on this or its looping in (off my own CBs head). 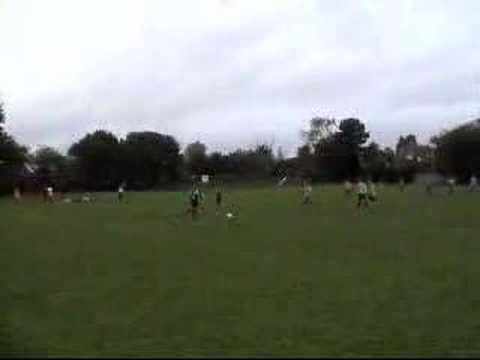 Some Palop style save there haha

Also feature a couple of times in this including about 2.50 in closing striker through on goal and sending him wide enough to miss. 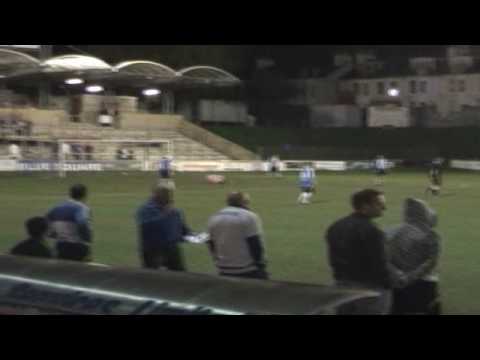 I wish I had had the opportunity to play more organized soccer growing up. Unfortunately, I’m just a little too old for that here in the States. I played in youth leagues, but had to give it up by the time I made it to high school.

I’m a runner instead. Fell in love with cross country and track & field. Ran competitively in high school, and focused on half and full marathons and triathlons in college.

My knees are terrible now, so it’s hard to train for and compete for anything longer than a 5K, so I’m shifting my focus to cycling. There are a couple of 100 mile (~160 km) races that I’ll be competing in this summer.

You should cross country ski up there. haha

I never got into snow sports, oddly enough. I played basketball growing up, so I didn’t have much time in the winter for other things.

I used to hate when we had cross country or track and field at school, worst times.

Obviously big into football, but used to love Basketball too, used to be quite good, but nowadays I’m a bit useless. At my school we used to have this American basketball coach called Jimmy come in, instead of the regular PE teachers, he was pretty damn good. 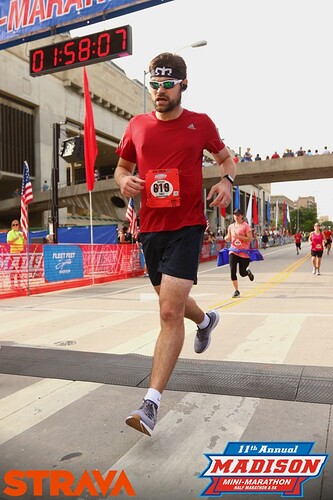 One of my last races prior to COVID shut downs. I was hoping to lower my finishing time below 1:45 during the 2020 season, but that didn’t happen… Since then I’ve been lazy and have a lot of work to do to get back into shape before my cycling races this fall.

I’ve been working my arse off to get in shape for next season as I am joining a new team, need to cut out the shit food and do more than just play matches once a week.

Aren’t you a goalkeeper? Don’t you just stand in the net all match?

Even still there are things that I could work on… Quicker off my line, stronger in the air when coming for crosses and I have a weaker right leg which means I struggle more when having to dive (particularly for high shots) to my right hand side.

Always good to improve yourself even at 38 years of age.

I was just giving you a hard time

I’m guessing that a training program for a keeper isn’t focused so much on cardio though, right? Do you do a lot of lower body strength training to make yourself more explosive?