Curious what we and Leicester put on the table tonight. I’m not sure for Leicester but their biggest star player might be leaving as well lots of rumours for him Youri Tielemans. So i’m assuming he won’t play just like Kounde but who knows.

With the loss of Diego Carlos and Kounde, the total market value of the team has dropped immensely. Leicester with some of their big stars, and value of the PL ofcourse are funnily enough at the exact double of ours, ours estimated at £231, theirs £462. Shows the state of us, la liga, and how much was on Jules and DC. We have something to invest so this will change soon enough, hopefully, but still a fun comparison.

Penultimate practice game, let’s straighten our backs a little for this one. Vamoos mi Sevilla

It’s going to be difficult to play worse than yesterday but I really don’t want to give that challenge to Lopetegui.

If he starts with more than 3 Sevilla Atletico players, for me he’s fired’*'.
It’s proven that SAT couldn’t compete in 2nd B liga and so we shouldn’t be wasting our time with them. Pre-season is for fitness and experimentation with useful assets.

Let’s hope for a better performance today. The main focus though is improving the squad between now and osasuna as well as getting minutes to everyone and keeping them fit ahead of the first game.

It’s likely we won’t have all our business done before osasuna as we may get a couple late deals before window shuts at end of August. I just hope we address centre forward line, get a new creative midfielder to fill the void banega left a few years back and improve the centre back and left positions of defence.

If we can do this then I’m optimistic but lot of work for monchi to do now. Hopefully he delivers and we get what we need.

If yesterday’s lineup is anything to go by, we should see something similar to this today:

I’m just unsure on the CB pairing, and whether Acuña will start again.

I’d like to think things will be different with Papu around, but it may just go back to normal with either a drab 1-1 or sneak out the 1-0 win.

One thing I’m hoping this season is to keep our creative players fit. To lope defence despite his negative lope ball was unlucky to be missing key attacking players like Lamela, your suso nation, tecatito for a bit, YEN. Acuna and Montiel got a few injuries as well.

We lost fernando at a key stage as well. We deserve a bit more luck in injury department which did play a big role in us falling away in all competitions. If we get the right personal in and have more luck with injuries then I can see us doing well overall.

I just hope lope takes a few more chances and when he has the players available at places like Cadiz, espanyol, girona, Mallorca, etc. Many of us feel he needs a strong start this season as many fans are getting frustrated with him being to conservative and we can’t keep playing that way. We lost kounde and carlos and we need to be more offensive.

We have the players to do it and monchi has the gift and experience to get the right players to improve us in this department. It’s up to the manager to realise that against the lesser sides we have to go for it more. It’s the only way or he will be in trouble. Let’s see where 4th Lope ball season takes us.

We are going to suffer. 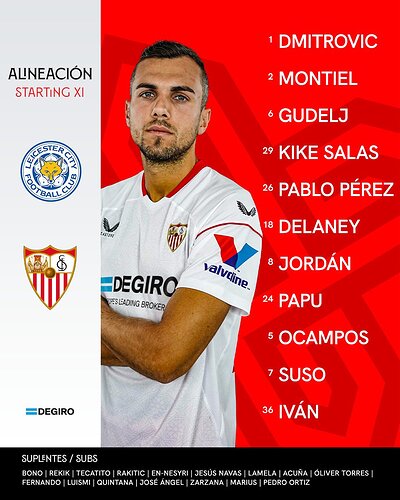 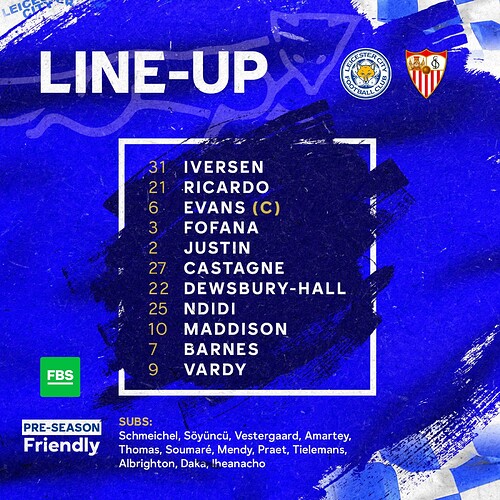 This has to be one of the less meaningful (technically speaking) pre-season in the history of Sevilla. Same shit players and tactics, nothing new, no new additions featuring… all pure crap.

Hopefully we’ll be able to at least see Marcao against Cadiz next week or the first 3 August La Liga matches will serve as pre-season too, when in fact they shouldn’t.

Watch how you talk about Suso my guy.

We need suso nation to save us bro

Yup it’s hardly for actual practice it’s just for players to try and catch some game rythm and that’s that. So that when the league start we can see the same as before, but worse.

Sevilla Atletico gap, despite their best efforts is extremely big, so they will learn on personal level but its irrelevant for the first team and for the actual season.

Lamela, Acuña, Tecatito, Rakitic and Fernando on the bench so we might win the second half provided we don’t get buried in the first.

Again the same issue with countries and SFC Youtube channel. Can you let them know please @ChrisLail ?

With Sevilla Atletico’s relegation, which players do we expect to be given a chance on loan or potentially with the first team?

Looks like a back-3 from us, w Ocampos at RWB.

which players do we expect to be given a chance

So far, only José Ángel Carmona.